Major League Baseball is facing a number of serious long-term problems at the moment, including an aging fan base, increasingly long games, and the sort of pace-of-play issues that could put even the biggest golf fan to sleep.

But one of the biggest issues facing the game today is the declining offensive environment, and I think that’s all because of one man, Spider-Man. Er, I mean Kevin Pillar:

He climbed that wall like it was no big deal!

I mean, what in the hell is this?!

Impressive. That’s what. Also, maybe super powers delivered through the venom of a genetically modified spider on a school field trip. Either way. 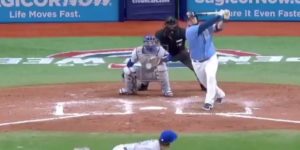 After Four Years as a Left-Handed Hitter in MLB, Ji-Man Choi Just Hit a Home Run as a Righty 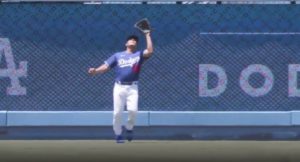