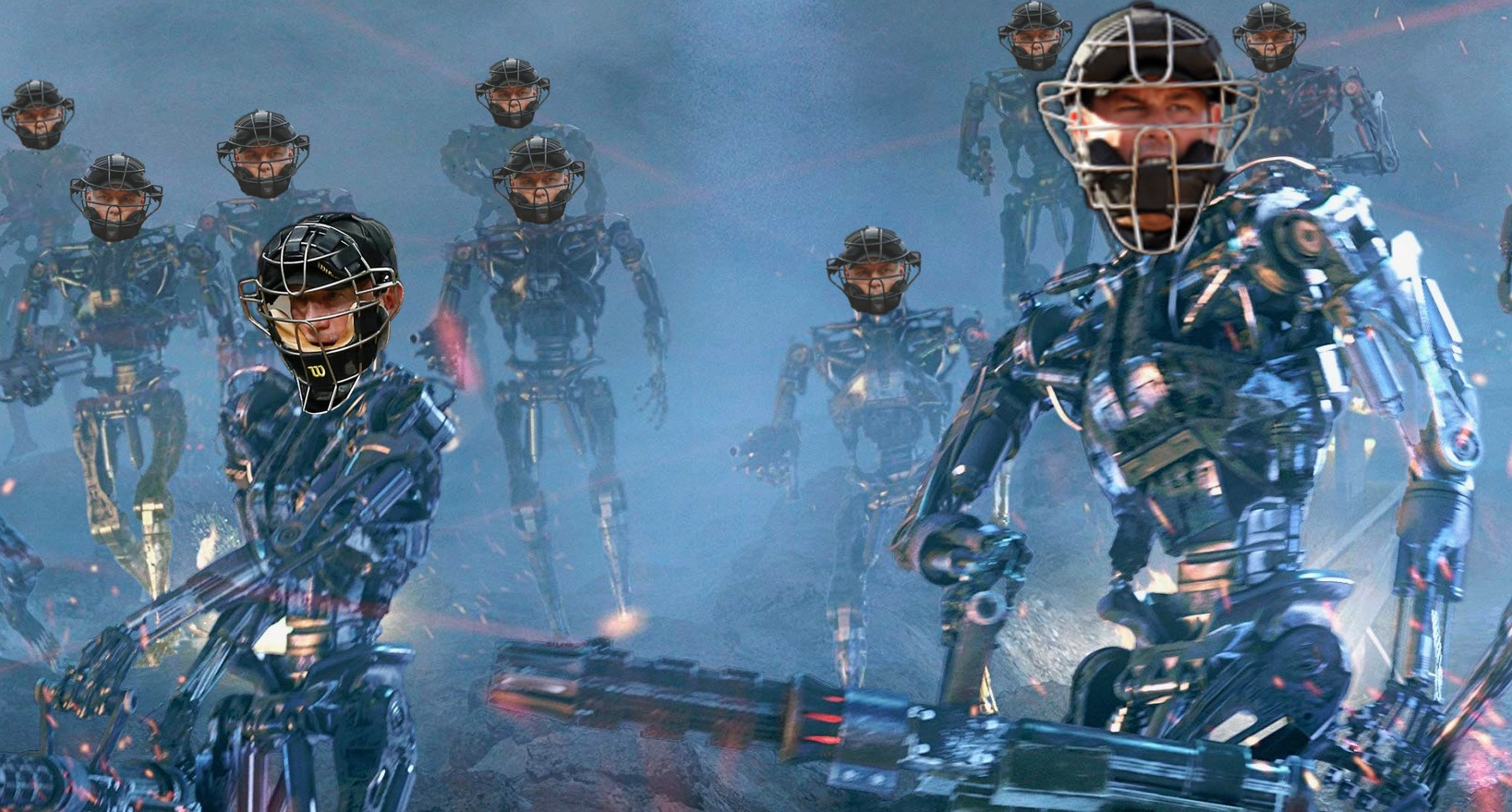 In case you missed it, the prospect-laden Arizona Fall League is using this season to experiment with an automated strike-zone – that’s right, they’ve got the infamous robot umpires you’ve heard so much about. Of course, it’s not uncommon for various minor and independent leagues to step up and test out potential/eventual big league rule changes, but this one is among the biggest and most ambitious. So, naturally, there’s been some pushback.

For example, Jason Heyward’s younger brother Jacob Heyward was called out on a pretty iffy automated strike call and took issue with it enough to be actually tossed from the game.

To whom (or what?) he was directing his anger, we’ll never know, but it’s pretty darn funny to see someone argue with a computer:

Jacob Heyward tossed in an Arizona Fall League game for arguing balls and strikes called by a robot umpire. pic.twitter.com/toO2OrXXCe

I AM VERY ANGRY AT THIS CORRECT CALL!

Heyward is not alone:

Robot umpires have been hearing it from players all week here at AFL, which means the poor human umps are taking it too, simply because no one knows who to yell at.
“Turn it off!” someone just screamed from the dugout after a borderline call.

But this isn’t unexpected. Like I said, robot umpires are one of the single most ambitious potential changes to the game and unlike some other proposals – like expanding the DH to the National League – this doesn’t have nearly as much support.

Worse, Heyward’s kind of got a point on this one. Although the ball does appear to grab some portion of the lower-inside corner, it is … mighty close: 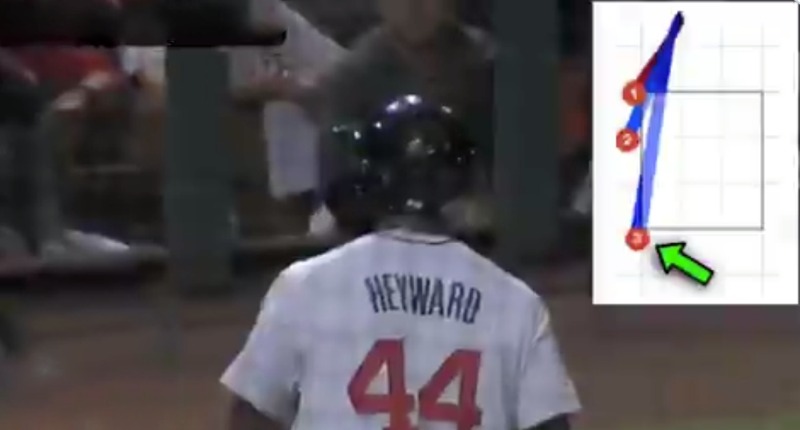 But that’s also the point of this entire process, right? I know Heyward is fighting for his career and one more strikeout doesn’t exactly strengthen his prospect resume, but perhaps there is a greater good that come from this – like, say … how much of the zone a ball needs to touch to register as a strike.

I’m sure that won’t bring Heyward any solace, but he didn’t have any more at-bats that game anyway, so … better (automated) luck next time!