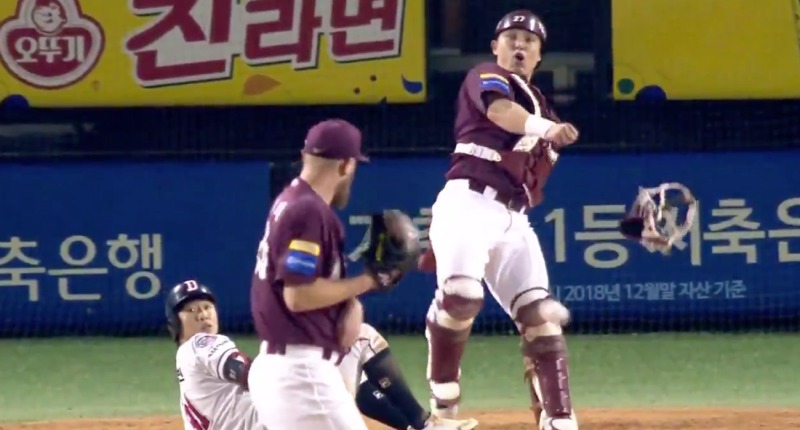 I mean, this is just pure insanity:

MyKBO's Korean Series Optimism: It can only get better after Game 1, right? pic.twitter.com/Qpuqymbt44

Players falling, players diving, players whiffing, players scoring from second on a grounder to third … and that’s just the first play! The catcher nailed his own pitcher in the FACE with a throw, guys on both teams are diving way past balls in play, infield pop-ups are falling in front of infielders … I mean what the HECK is going on? Remember this is their WORLD SERIES.

That’s just what I needed on Wednesday.

During the Strike in ’94-’95, MLB Players Nearly Played in a Real Life Fantasy Baseball League