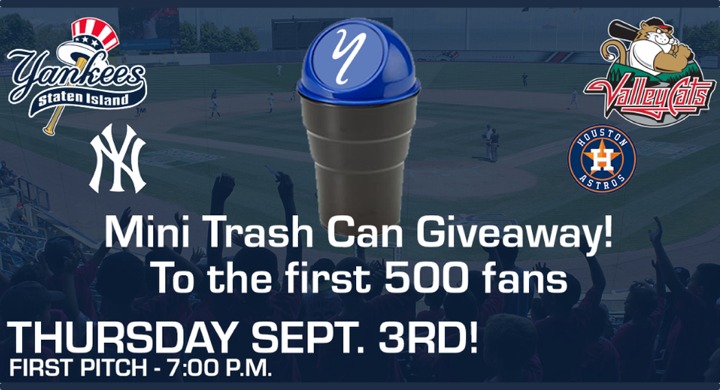 If you’re paying any attention – at all – to Major League Baseball these days, you’re well aware of the Houston Astros’ blatant and relatively appalling use of technology to steal signs through the use of cameras, monitors, text messages and … banging loudly on trash cans before certain pitches – including their at-bats during the World Series.

As punishment, the Astros just lost their GM and manager to a one-year suspension (they’ve both since been fired) in addition to a $5M fine (the max allowed by the league office) and a loss of their first and second round pick in both the 2020 and 2021 and draft. Frankly, I believe that’s a stern, but just response by MLB, even if it comes up short in a few ways.

Of course, the league isn’t the only one punishing the Astros for their misdeeds. The rest of baseball is taking care of that just fine:

Yep. The New York Yankees Class-A affiliate (the Staten Island Yankees) are hosting the Astros’ affiliate (the Tri-City Valley Cats) on September 3rd this season, and they’ll be handing out mini TRASH CANS AS THE GIVEAWAY AND I’M ABSOLUTELY DEAD ON THE FLOOR LAUGHING.

That’s such an excellent troll-job and I’m very proud. Minor League teams continue to lead the way in baseball promotional giveaways. I hope they never change. 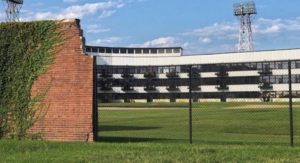 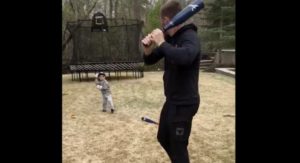 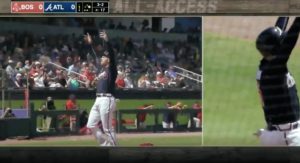 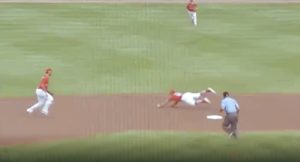 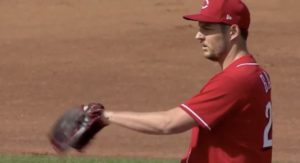 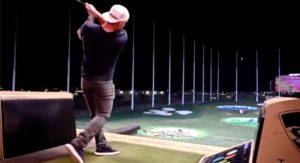 I Shouldn’t Be Surprised, But Mike Trout Can Hit a Golfball OBSCENELY Far