LOL: Trevor Bauer Told the Dodgers What Pitch Was Coming on Purpose Today Skip to content 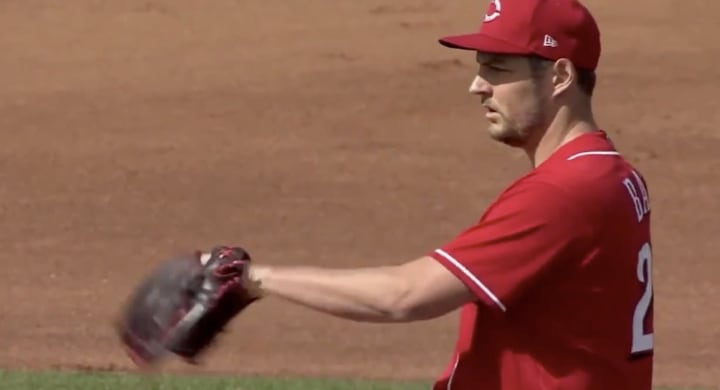 Sometimes it’s charming, other times it’s tiring, but Trevor Bauer at least deserves some credit for committing to the bit that is his public persona. Day-in and day-out, he does his own thing and doesn’t care about the optics, impact, or implications.

Earlier this afternoon, for example, Bauer was purposefully tipping his pitches in a Spring Training game against the Los Angeles Dodgers – the way pitchers do in their side sessions (with a flip of their glove one way or another for fastball/offspeed/breaking ball/etc.) – and it’s pretty crazy to see, even if it’s not the regular season.

And just so there’s no confusion, here’s Derek Dietrich explaining and confirming that Bauer was, in fact, tipping his pitches on purpose. And that purpose was apparently to call out the Astros for their sign stealing scandal, while, presumably, proving that hitters can’t hit him even if they know what’s coming?

Trevor Bauer was indicating to Dodgers' batters what pitch he was throwing. pic.twitter.com/WyXULCCe98

“Trevor’s always going to do something nuts. And, uh, ya know, we enjoy him.”

I’m not sure what point actually came across with this little stunt, but Bauer has been publicly critical of the Astros for years – calling them out for their allegedly abnormally elevated spin rates long before their sign stealing scandal – so this isn’t much of a surprise. He loves the attention and is pretty good at getting it.

At least this was a pretty funny one. And, hey, more of it please – especially against the Cubs during the regular season.

(In case you’re wondering, Bauer went 3.0 IP today, with just two hits, no earned runs, no walks and no strikeouts. I don’t think he was tipping pitches the entire time – and it wasn’t the Dodgers usual lineup throughout the game, but still. Not bad.)