Hurry Up! Larry Walker Had to Get a Live Ball Back from the Fan He Just Handed it to Mid-Inning
Search
Skip to content 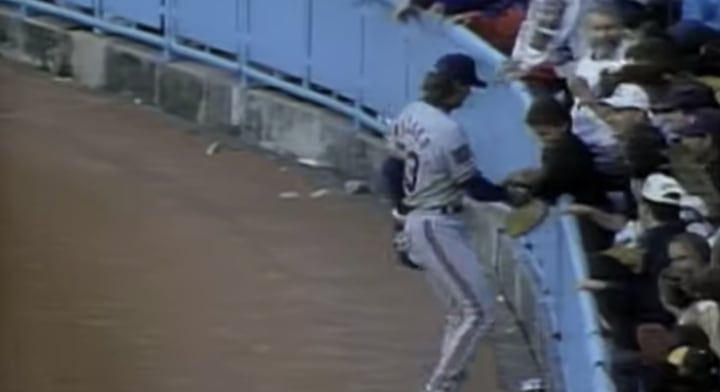 With apologies to EPSN – who did a fantastic job of collecting a series of oddball moments from baseball’s history – I have to share the following as a standalone post. It’s just too perfect to be buried away in a longer article.

Over his 17-year-long career, Larry Walker won seven Gold Glove awards and finished with just 47 total errors. That tiny sum ranks 42nd all-time among players with at least 10,000 innings logged in the field. And, of course, if you count only players with 14,000 or more innings logged in the field (like Walker), it ranks 8th overall. Needless to say, the guy didn’t make many mistakes.

“And Walker doesn’t know how many outs there were!”

We’ve seen this happen before, but man is it just gold every single time. Especially when it happens to a Gold Glover and Hall-of-Famer (he was just inducted this year!). And I just can’t get over how he actually goes back and gets the ball from the fan with enough time to throw it in and prevent the run from scoring. Unbelievable.

Guy Shares a Ball with a Kid, Later the Kid Returns the Favor