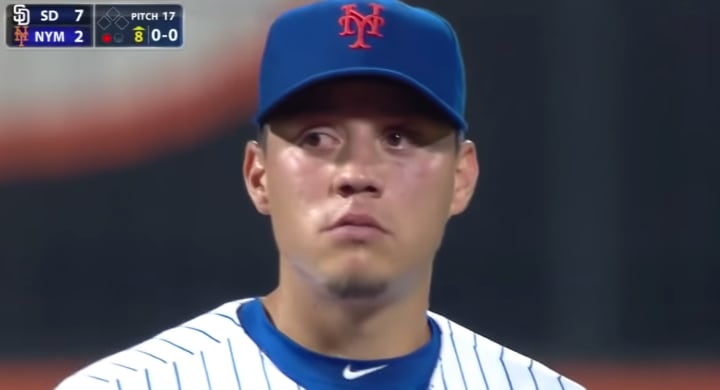 I’m not usually one to buy into the whole butterfly flapping its wings theory, when it comes to one event affecting the next, but after reading Anthony Castrovince’s latest at MLB.com, I may have to reconsider. This is seriously one of the most interesting and bizarre stories I’ve ever read, and the impact a few tears had on the rest of baseball history is almost unbelievable.

You can not afford to miss it:

So, you know about the night Wilmer cried. But do you understand how that night transformed not just the Mets, but all of baseball? This, from @castrovince, is worth your time:https://t.co/bhJisCmB47

In short, back during the 2015 season, the New York Mets were making their run to the World Series (which, incidentally and frustratingly went through the Chicago Cubs in the NLCS), when they decided they needed to add a bat at the deadline. After some deliberation, the Mets and Brewers had come to terms on a deal that would have sent Zack Wheeler and Wilmer Flores to the Brewers for Carlos Gomez.

Unfortunately, Wilmer Flores caught word of the deal while he was still playing for the Mets, and, well, this part is quite memorable:

The baseball world was sucked into a weird reality, wherein the fans at the stadium had heard about the trade, while Flores, the Mets, and their manager had not. Eventually, the deal was squashed (despite both sides actually thinking it was done), and the rest is history.

But hooooooo boy is that history nuts.

As you can imagine, there are some really interesting side-stories and inconsistencies that come out of the effort:

As well as some good behind the scenes narratives, we’re rarely privy too, like, for example, a team not wanting to trade with another team after they pissed them off the year prior:

And, of course, the emotional impact on the players is always quite revealing:

But the craziest part of the entire story is not exactly what didn’t happen, because of the tears from Wilmer Flores (or “Carlos Gomez’s injured hip”), but instead what did happen.

The squashed deal wound up …

It’s truly an insane story, with so many ridiculous downstream impacts from multiple World Series to the biggest scandal in baseball history. Whether or not Flores’ tears were the exact cause of the squashed deal is up for debate, but Gomez was traded to the Astros later on, so … who’s to say? What a story.

PLEASE be sure to check out Castrovince’s article, because it is some of the most candid commentary you’ll ever hear from so many in the game. Very, very cool stuff.