Hey, Yeah … Why Do All Ballparks Look Totally Different? Skip to content 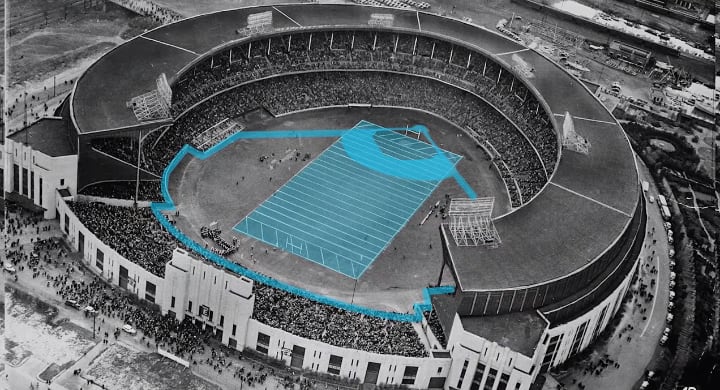 … A topic we recently had a lot of fun discussing with respect to these utterly insane high school fields:

But why do all baseball fields look different? Why do some fields have short porches, while other have deep wells? What’s a Green Monster anyway? Are these home run baskets fair? And, hey, those walls are uneven!

Well, official MLB historian John Thorn is here to answer all those questions and more!

There’s more to it than what follows, but here are some of the highlights/timeline of Thorn’s explanation:

There are a lot of factors – including the willingness of the league to actually allow a total lack of uniformity (don’t sleep on how unusual that is) – but to me, the success of Fenway and, more notably, Camden Yards really helped solidify a future of unique ballpark shapes into our collective history. Had Camden Yards not be constructed the way it was, we may have seen more and more “Concrete donut, multi-use stadiums” with absolutely no character at all.

I never thought I’d say that.