How Do You Hit a Home Run, But Not Score a Run? Well, It Happened! Skip to content 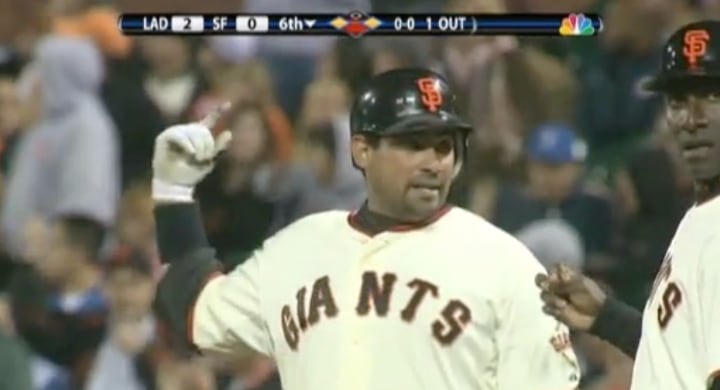 The thing about unforeseen consequences is that they’re usually … you know, unforeseen. Major League Baseball learned that the hard way over a decade ago.

On September 26, 2008, Major League Baseball was just a few weeks into their brand new replay system (then for home runs only!) when things kind of … broke? I’m not really sure how to succinctly describe what happened, but one of the oddest scorings in baseball history – due to unfamiliarity with the mechanics and timing of a brand new instant replay system – was brought back to life by Jayson Stark at The Athletic just last night and it is glorious.

In short, this is what happened:

Official scoring: Bengie Molina hit a home run, but did not score a run. Think about that.

At the Athletic, Stark gets into the nitty gritty behind the various perspectives and opinions of those present – including how Vizquel knew it was a home run in the first place – and even how stat sites like Retrosheet and Baseball Reference were forced to create special code and special notes just to keep their sites from breaking when this play was officially added.

My favorite bit, however, is from Vizquel: “I just remember seeing Bengie’s expression, as he was seeing Burriss run out the home run,” Vizquel said through laughter “because he thought they were going to give Burriss his home run.”

Baseball is so weird. I love it.

The Nationals Just Ran Into an Extremely Dumb Double Play

22 Years Ago, Glenallen Hill Hit a Home Run ONTO a Wrigley Field Rooftop

Jaire Alexander is Signing a Record-Setting Extension With the Packers