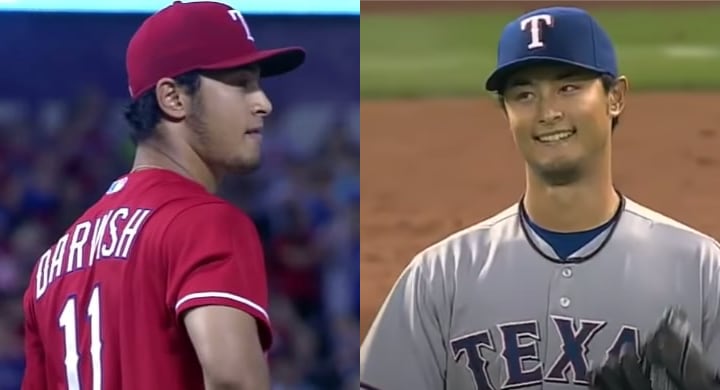 I can picture it now … I was sitting on the couch in my parents basement, home from college for some reason, watching Texas Rangers ace Yu Darvish make a play at history, only to come up just short. So short, in fact, he was laughing on the mound at the ridiculousness that had just happened. I would have been crying.

I had obviously heard of Darvish at the time – this was the beginning of his second season in the big leagues, and the first one (2012) had gone exceedingly well – Darvish was an All-Star for the Rangers, and wound up finishing 3rd in Rookie of the Year voting and 9th in the Cy Young race the year prior.

But still, this was probably the first time I had actually sat down to watch him pitch. Predictably, he was freakin’ electric. I know he still is today. But back in 2013, Yu Darvish, 26, was at his absolute peak. And although he’d ultimately go on to finish second in the AL Cy Young race that year behind a freaky good Max Scherzer (who was beginning his reign as a top-5 Cy Young finalist for seven straight seasons with three wins of his own), Darvish started the year off with a bang. Well, he almost did.

In his first start of the 2013 season, Yu Darvish took a PERFECT GAME into the ninth inning, ultimately coming just one out short of history (I skipped ahead in the video, to begin with the ninth):

If you couldn’t watch: Up 7-0, Darvish took the mound in the 9th with his perfect game in tact. He got the first two outs of the inning on back-to-back groundouts using only 3 pitches, which was … for lack of a better word: perfect for a guy already up over 100 pitches. Sadly, on the very next pitch, Marwin Gonzalez selfishly (I kid) singled to center field right through Darvish’s own legs, blowing the perfect game and any shot at a no-hitter.

NOTE: There have been only 23 Perfect Games in MLB history.

I still can’t believe he was able to muster up a smile after that: 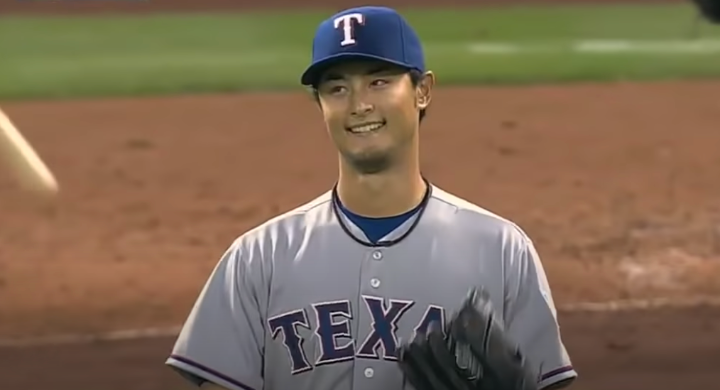 But, hey, it happens right? Darvish isn’t the only guy to get so close to history before it was snatched away in the final moments. And, sure, it hurts more because a perfect game is so much rarer than a no-hitter, but whaddaya gonna do? Sh*t happens.

Well, perhaps that internal reasoning worked the first time around, but when almost the EXACT same thing happened to Darvish one year later … well, let’s just say I can understand why he didn’t smile.

Darvish had made six starts already in 2014, and for the most part, he was very good (2.87 ERA overall). It was all a build-up, however, to another nearly historic, but ultimately painful matchup against the Red Sox in Texas.

Like the year prior, Darvish had taken his 11-strikeout no-hitter into the 9th inning on May 9th, when Dustin Pedroia came up to the plate. After taking the count to 2-2, Pedroia grounded out to the third basemen for the first out of the inning. Shane Victorino stepped up next, putting up less of a fuss with a four-pitch strikeout. Two outs done. But then, at the moment of truth, who should walk up but David freakin’ Ortiz … because baseball, like life, is never easy.

Ortiz didn’t crush it – not by a long shot – but somehow, his grounder found a way through the infield (and the shift), for the first hit of the night. Unbelievable. Twice in two years, Darvish flirted with history. And twice in two years, he came up just short. Even the announcer wanes in disbelief: “And it has happened to Yu Darvish … again. Unbelievable.”

Not as many smiles this time: 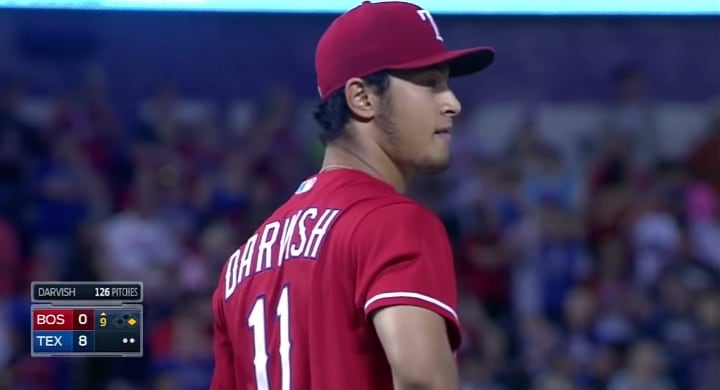 Something I didn’t actually know until typing up this post: MLB retroactively turned a 7th inning would-be error into a hit (also off the bat of David Ortiz, incidentally), which means he didn’t actually lose the no-hitter in the 9th. Except … yes, he did, because if he had finished off Ortiz in the 9th, there is NO WAY MLB would have retroactively changed that 7th inning error to a hit.

So, maybe it takes the sting off a little? I don’t know. Either way, Yu Darvish is one awesome pitcher with two crazy stories.