I Cannot Believe This Story is Real: An Argument, a Half of a Home Run, and … an Axe
Search
Skip to content 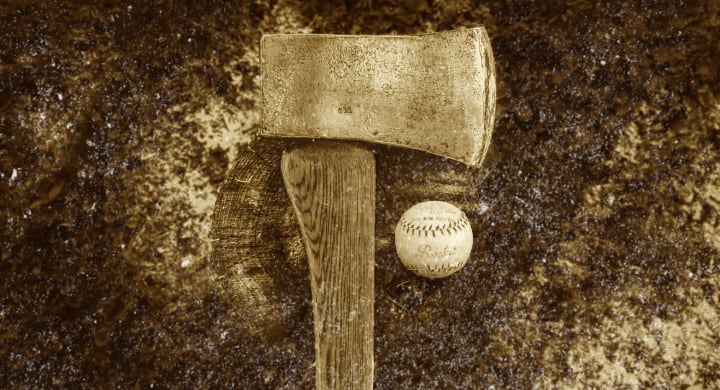 Back in April of 2019, the bat of Chicago Cubs third baseman Kris Bryant broke in the middle of a plate appearance, forcing him to go to his backup – an Axe Bat. 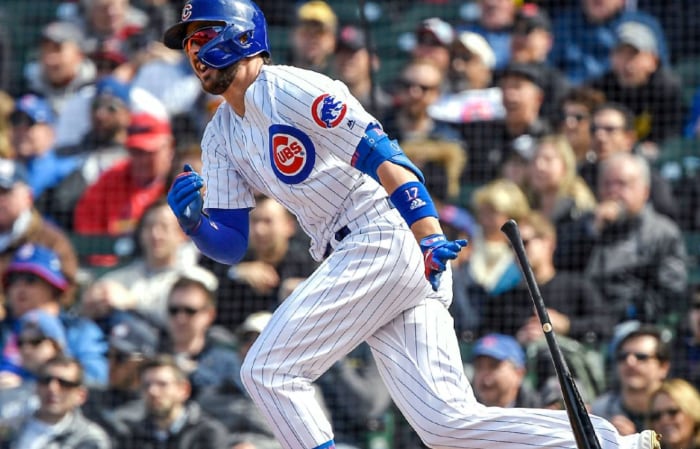 Bryant had never used the bat before, but homered on the first pitch he saw with it, immediately and permanently adding it to his regular rotation of lumber: “I’ve been having good at-bats, so I don’t know if it’s the bat or what, but it’s always nice to use a new one and hit a homer.” Indeed, the axe handle bat has grown in popularity among other MLB stars over the past year or so (Mookie Betts, George Springer, Carlos Correa, etc.), and I don’t see it going away anytime soon.

Back then, when a player broke his bat in the middle of a game, they were also forced to switch to whatever backup was lying around. But unlike the cute axe-handle counterparts of the 2000s, they used actual axes … like of the wood chopping variety. Well, it happened at least once. And, yes, you’re reading that correctly. Here’s a look at the unbelievable story from the paper (transcribed for convenience down below):

If you were having trouble reading that image, here’s the meat and potatoes (emphasis mine):

“That was some ball game,” he said on a recent visit here. “We won it 2½ to 2 when, when Mike Kilroy, the pitcher, broke an eleventh-inning tie.”

“I was playing with Allentown, Pa., in left field for that game with Pottsville in the State League. It was a struggle all the way up to the eleventh frame when Kilroy stepped up with two out and one man on base.”

“Kilroy broke the last bat on the field when he fouled the first pitch. All the others having been broken previously, he walked over to a nearby woodpile, which fed the clubhouse furnace, and picked up an axe.”

“Pottsville,” Setley continued, “wanted to call the game but Kilroy, waving the axe, insisted on his licks. He swung at the next pitch and cut the ball in half, one-half going over the fence and the other half making a pop-fly to first base.”

“Kilroy did the bases, driving in a run, while Pottsville was rejoicing at the ump’s decision – ‘out.'”

“But Mike had other ideas. As soon as he crossed home plate he took his argument to the umpire and on the grounds that half of the ball went out of the park he was awarded half a run.”

“Boy the argument that followed was a beaut but Mike won his point … and we won the ball game on Mike’s half a homer.”

What am I supposed to say to that? The game in 1893 – like the rest of the world at the time – was an entirely different animal. Back then, you could just walk over to your nearest lumber pile, take a swing with a literal axe, cut the ball in half, and win a baseball game with a convincing argument. The way the sport was intended to be played.

Guy Shares a Ball with a Kid, Later the Kid Returns the Favor

Two Immaculate Innings in the Same Game … Against the Same Three Batters?!