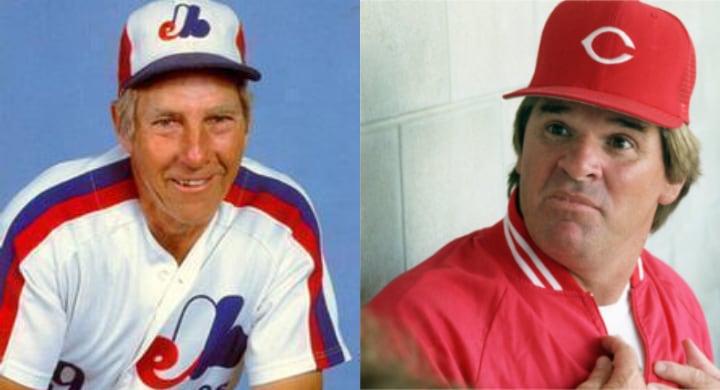 Listen, that headline up there surprises me as much as you, but as Will Leitch reported at MLB.com it’s surprisingly … true. More or less.

I really don’t want to spoil Leitch’s hard work and thoroughly enjoyable (albeit lengthy!) read, so before we dive in, I’ll again encourage you to check out his full work at MLB.com. The story is almost too insane and hilarious to believe. But here we are.

Okay, here’s the long and short of it:

Back in 1983, the Boston Red Sox and their fans were preparing for the retirement of franchise great Carl Yastrzemski, but there was just one problem: there was so much fanfare and so much general coverage, it quickly became tiresome for most fans. So a local Boston radio show “The Sports Huddle,” came up with a bit: on the last day of Yaz’s last game, they’d do a full retirement feature … on someone else.

To really make the joke land, that someone else needed to be as obscure as possible, which is why they landed on retiring Montreal Expos first baseman Vern Rapp. Got it so far?

Well, in an effort to make the joke land as effectively as possible, the radio station played it all incredibly straight, reaching out to Rapp, himself, as well as his former teammates and peers. “Honest to God, we weren’t making fun of him,” Bruce Cornblatt, the mastermind behind the joke, told Leitch. “But he definitely did not understand the bit.”

Funny enough already, but here’s where things get really crazy.

Among the people Cornblatt and the radio station reached out to was Sheldon Bender, VP of Player Personnel for the Cincinnati Reds, where Rapp had spent part of his career. Bender didn’t know Rapp was retiring, but had nothing but positive things to say about him. Little did everyone know at the time, but the Reds hoped to hire a new manager and this revelation ultimately led them to hire Rapp, preventing his retirement!

Bender admitted at the time that Rapp “was not a candidate until the radio show,” but when he and Howsam met with his fellow St. Louisian, they felt like they had their guy. They hired Rapp on October 5, just a couple of days after the radio gag, and prepared for the Big Red Machine to rise again.

But here’s the problem: Rapp was awful – at least for that team at that time, doing things that dated him in another era and generally rubbed everyone the wrong way. He was fired in less than a year. In an effort to make things right, the Reds knew they had to hire someone was universally beloved by the Reds players and fans, alike. So they went out and got Pete Rose, then still a player, to be their new player-manager.

Rose retired as a player in 1986, but remained the ream manager in 1987 and 1988 … just before “it all came crashing down, for reasons we know all too well at this point,” as Leitch put it.

So basically, everyone got sick of Yaz’s retirement, and that made a Boston radio show drum up a gag about the Expos retiring first base coach that was so successful it got him hired as the Reds manager … and fired within a year, leading to Pete Rose’s return to Cincinnati and eventual ban from baseball. Unreal.

Read the full story with quotes and details at MLB.com.