The Final Definitive Rankings of Every MLB Mascot Skip to content 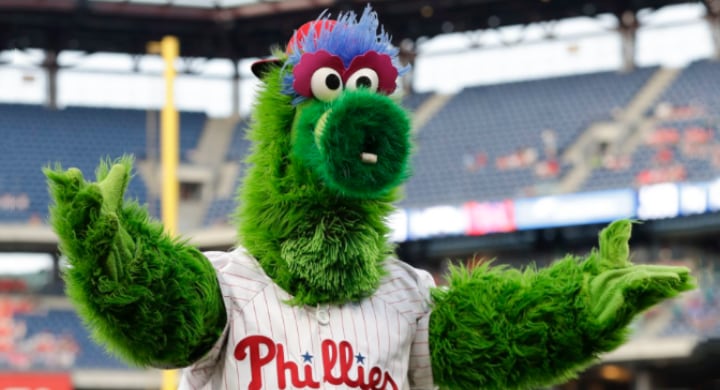 Did you know that the Los Angeles Angels, Los Angeles Dodgers, and New York Yankees are the only three teams in Major League Baseball without an official mascot? How do their fans know when to cheer? It must be utter chaos at those stadiums!

I’m kidding, of course. As a fan of the Chicago Cubs, we only got “Clark the Cub” back in 2014, and we were doing JUST FINE before that. Well, I suppose they started winning after he arrived, but I’m like 90% sure that’s a coincidence. Or, maybe like 80-90% tops. Definitely between 75-80%. It’s probably like a 50-50 shot he helped. I think he should probably lead off this year.

In any case, I will admit that before Clark showed up on the scene, I hadn’t given much thought to some of the other MLB mascots. I knew The Phillie Phanatic and I knew Orbit. I’d certainly seen the Cardinals Bird and the Brewers … human? But I definitely didn’t immediately know their real names (Fredbird and Bernie Brewer). And I guess I remembered Mr. Met from his fight with Noah Syndergaard. But for the most part, I never considered MLB a big “mascot” sport.

It’s hard to live up to Benny-the-Bull in the NBA and Gritty in the NHL.

But after reading through Eric Chesteron’s history of every team’s mascot, I think I have a new appreciation for the art.

Let's talk baseball: a really good piece on the story behind every team's mascot #mlb https://t.co/vP6AZPvNCu

2. Orbit (Astros) – Great hijinks. I especially like that bit where he bangs on trashcans to help Jose Altuve.

3. Stomper (Athletics) – Credit for … What? Why an Elephant?

8. Screech (Nationals) – How have I never seen this 4th grade creation? Love it.

12. Mr. Redlegs (Reds) – I’m terrified of those eyes, plus a very interesting origin.

14. Clark (Cubs) – Like his look, but not much history or creativity, but better than Ronnie Woo Woo.

17. Wally the Green Monster (Red Sox) – Feels like they phoned this one in.

18. Billy the Marlin (Marlins) – Billy. The Marlin. Billy. I wonder how many focus groups they used.

23. The Oriole Bird (Orioles) – Have some self-respect, Baltimore.

All compliments to Eric Chesterton, who did the leg work and background on each of these mascots. If you want to know more about any of them, check out his article at MLB.com.

Anthony Rizzo Gets Tossed From The Dugout For Barely Saying Anything

Jorge Soler Cleared the Bases … on a Groundball to Shortstop