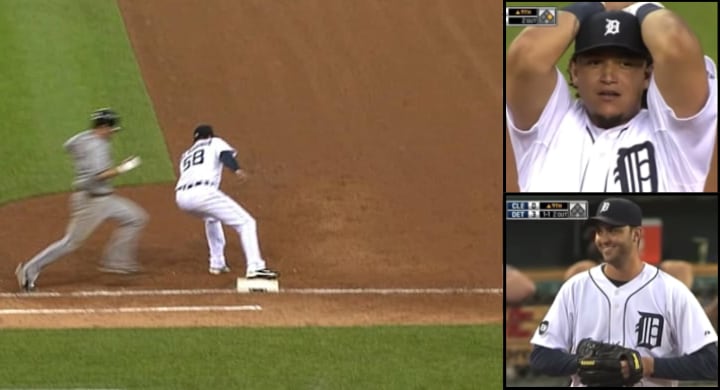 I recently discussed the TWO most heart-breaking moments of Yu Darvish’s career, when he lost a perfect game *and* a no-hitter with two outs in the 9th in back-to-back seasons (I still can’t really believe that happened to him once, let alone twice). But nothing – not even the guy who *lost* his no-hitter due to a couple late errors – can live up to the pain of actually earning a perfect game, but getting COMPLETELY robbed of it on the final call of the game.

WARNING: This video will give you a stomach ache, no matter how many times you’ve seen it.

In short, with two outs in 9th inning of an on-going PERFECT GAME, umpire Jim Joyce made the worst missed-call of his career, a call that would have cemented journeyman pitcher Armando Galarraga in the record books with just the 21st perfect game in MLB history.

Here’s a screen grab of how ridiculously off Joyce was in his decision: 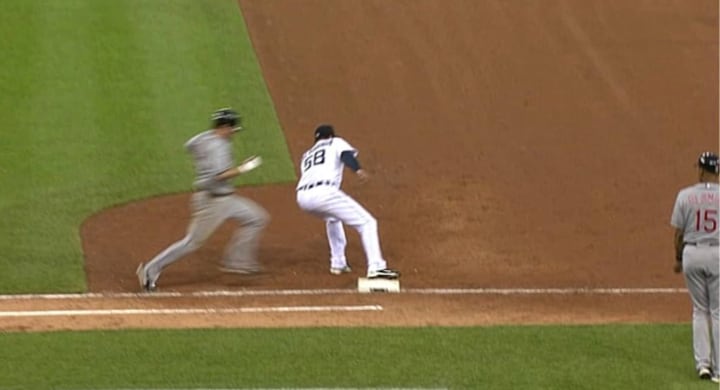 I don’t know how Galarraga could possible generate this smile: 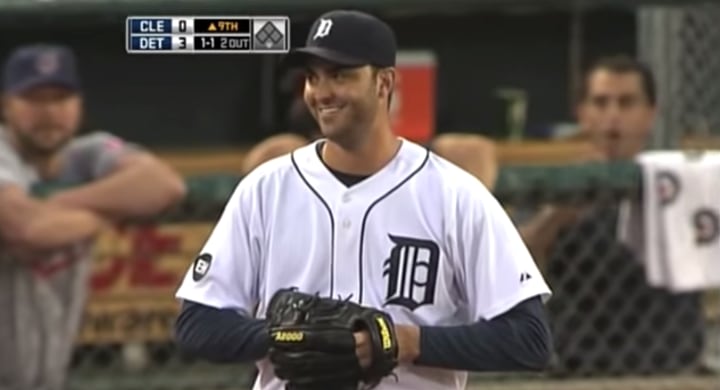 Because I would’t have looked a LOT more like this: 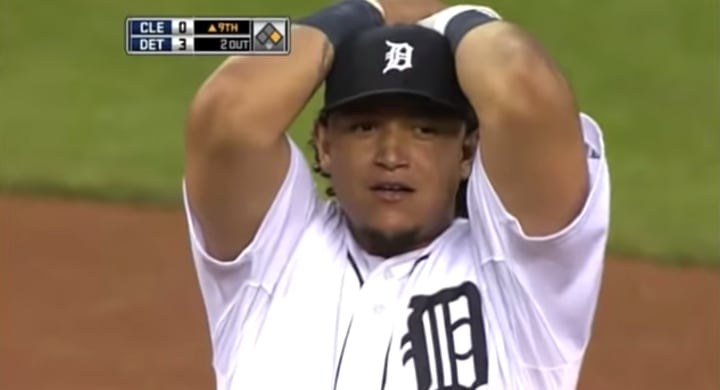 For what it’s worth, Joyce has since owned up to his mistake and Galarraga has extended his understanding, saying “Nobody’s perfect” after the game … which was an interesting choice of words. In fact, they’re apparently now friends, which must actually just be a long-con by Galarraga to get close enough to Joyce to really stick it to him later on in life. But I digress.

The real reason I drummed this story back up today is because it’s not actually over yet.

With just a few weeks to go until the ten year anniversary of this performance, Galarraga is asking Major League Baseball to reverse the call and give him the perfect game (there wasn’t replay at the time, obviously): “I was like, what can I do to have a better finish to the story?” Galarraga said via The Athletic. “How can Major League Baseball give me the perfect game? Because it was perfect, right?”

Galarraga continued: “Why not? Why wait for so long? I don’t want to die, and then they’ll be like, ‘You know what, he threw a perfect game.'” Unsurprisingly, the umpire, Joyce, agrees.

And personally, I do hope they give it to him. Galarraga was not an otherwise successful big league pitcher, making his way across four teams in a brief six-year career, during which he appeared in just 100 games. This would have been an instant legacy, but it was snatched away from him and everyone agrees it was both incorrectly called and ultimately unfair.

And frankly, I’m not even concerned about precedent. Not everything needs to face the “slippery slope” argument. Sometimes, it’s okay to just do what’s right – especially when literally everyone agrees.

At the same time, I’m not sure how much good this’ll do him. Certainly being remembered by history is something every player wants, but Galarraga already will be – perhaps more than if he got the perfect game. Moreover, would any such reversal even be so sweet? He can never go back in time to that night and celebrate with his teammates or be celebrated by his family and friends. It’s over. It was a huge mistake but there’s really no “making it right,” not in the way he wants.

But you know what? He’s owed it. MLB messed up and I see no reason why they can’t just make it right.