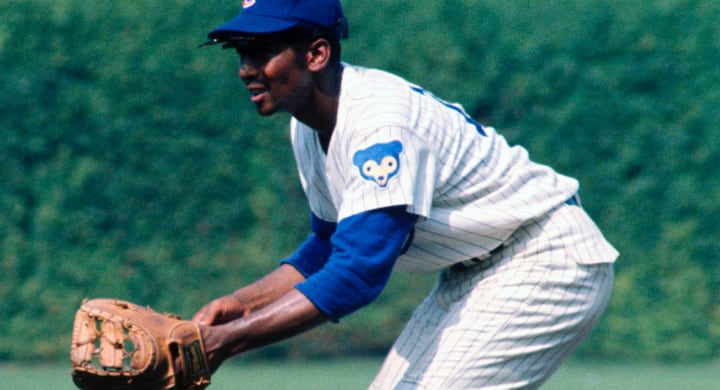 I came up in this industry exclusively as a baseball writer, but over the past couple years I’ve been required to dabble in both football and basketball, as well. And while I like all three sports just fine, I don’t think anything can match the routine absurdity of baseball.

For example … Let me tell you a tale – uncovered and reexamined by Eric Chesterton at MLB.com – of the sort of ridiculous, confusing, and hilarious play that seems to happen only in the sport I love most: baseball.

Before we begin, I encourage you to check out Chesterton’s post at MLB.com. He has all the details. We’ll just hit the broad strokes here, because I find it so fascinating.

Alright, on June 30th, 1959, the Ernie Banks-led Chicago Cubs hosted the Stan Musial-led St. Louis Cardinals for a game at Wrigley Field. And during the top of the fourth inning, two (or possibly even three) balls found their way into live action at once – as you can imagine, chaos ensued.

Here’s how it went down:

•   Stan Musial worked his count to 3-1 against Cubs starter Bob Anderson.
•   The fifth pitch of the at-bat was an apparent “Ball 4,” that sailed just narrowly past Musial’s bat and rolled all the way to the backstop (Ball #1) … which the Cubs all saw as a foul ball.

Here’s where it gets tricky.

•   The Cubs catcher, Sammy Taylor, started arguing with the home plate umpire, who never actually ruled the ball dead or called timeout, as Musial made his way to first.
•   The umpire did, however, give Taylor a new baseball during the argument (ball #2).
•   Meanwhile, the ball boy went and retrieved the ball that sailed past Musial’s bat (ball #1) and rolled it toward the Cubs public address announcer.

And this is where it gets fun.

•   In the commotion, Musial tried to steal second base, which caught the attention of Cubs third baseman Al Dark as well as the pitcher, Anderson.
•   Anderson grabbed ball #2 from his catchers glove and threw it towards second base.
•   Dark ran to the public address announcer to get ball #1 and made his throw toward second base as well.
•   HOWEVER, the announcer later claimed that he already put ball #1 into his bag of baseballs. Knowing this, Dark apparently said something to the effect of Just give me any ball and don’t say anything. Which he did, creating live ball #3.
•   Anderson’s throw (ball #2) sailed into center field, and that got Musial up and running towards third.
•   But Dark’s throw (ball #3) hit Ernie Banks on a one hop … So Banks turned and tagged Musial out.

And for the moment, the Cubs came out on top. As you can imagine, a lot of arguing followed and the Cardinals played the rest of the game under protest.

But the only thing that upsets me is the fact that while video of this game did exist at one point, it was apparently taped over by the network, so they could record another program.

What a tragedy. I’ll just go on assuming the Cardinals definitely had it wrong.