How Can You Let Yourself Get Thrown Out at First Base from Left Field? Skip to content 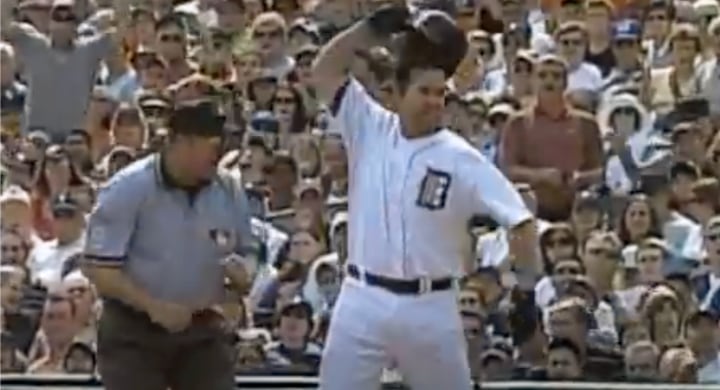 I won’t tease you.

As the title suggests, yes, you are about to see a real life Major League Baseball player get thrown out at first base all the way from left field – and there’s nothing up my sleeve.

There are some extenuating circumstances (you’ll see), but the short version is that Tigers’ first baseman Sean Casey (now a broadcaster for MLB Network) hits a liner to left that he *thinks* is caught by the third baseman, when in reality it flew just over his head.

White Sox left fielder Pablo Ozuna – who was paying a bit more attention – bare hands the ball in left freakin’ field and fires to first, barely beating out Casey. Check it out:

Upon replay, you can see that Casey does a quick (disappointed) spin, thinking that his liner was caught, before taking off for first … but still. By my clock, that’s just under 8 seconds from the hit to the time he reaches first. The average speed of a runner from home to first, according to Top End Sports, is 4.3 seconds, so … it took Casey nearly twice as long.

And yeah, this play occurred well before replay, but honestly, even if he was safe he doesn’t deserve it. That might be one of the funniest, knucklehead plays I’ve ever seen.