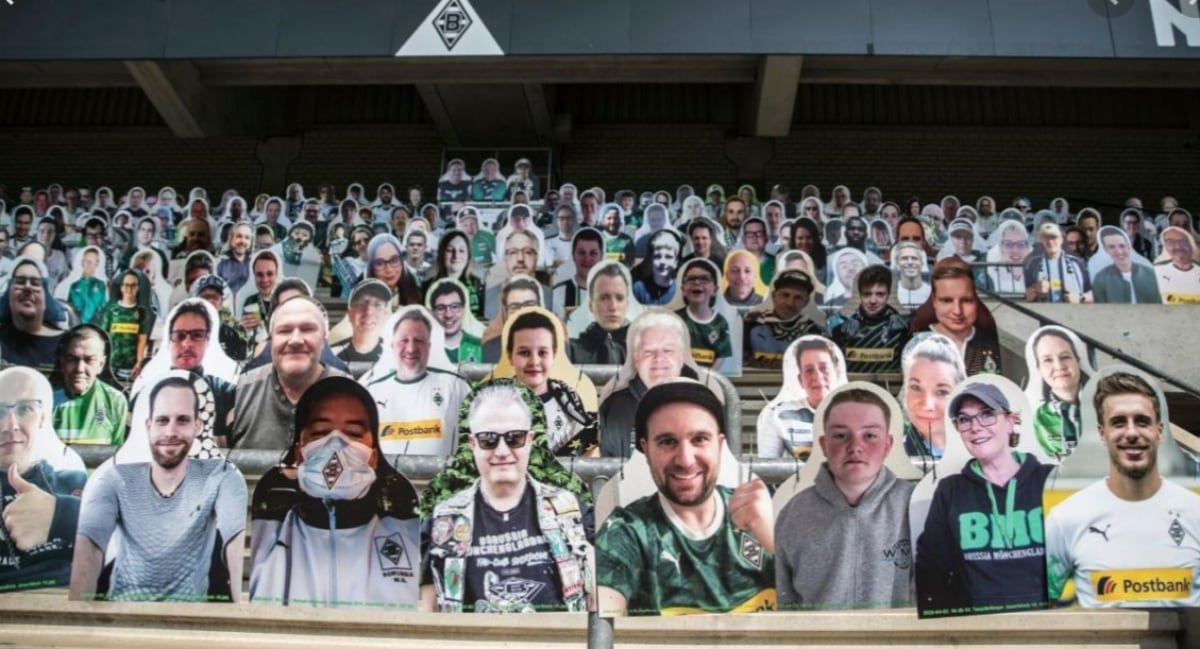 Although some teams across the country are preparing – or hoping to soon prepare – for the possibility of actual, real life baseball fans in the stands at the beginning of this season, others have already punted on the decision altogether. But that doesn’t mean there’ll be absolutely nothing for your eye balls to glaze over as they drift across the screen in between pitches.

Not unlike pumping real fan noises through an app and into the stadium/over the official broadcast from home – yeah, that’s a real thing – teams will look for artificial ways to mimic the experience of normally packed stadiums (well, not the Marlins, of course …. BURN). But the way one team has gone about it really caught my eye.

The @SFGiants announced a Fan Cutout Program that will allow season-ticket holders to submit an image of themselves to be placed onto a cutout that will be displayed in the stands at Oracle Park. https://t.co/eKO99aahB0

In a letter sent to season ticket holders this week, the Giants announced that games at Oracle Park (Oh, yeah … its’s no longer AT&T Park) will be played without fans. BUT the team also announced that they’ll allow season-ticket holders to send in an image of themselves to be placed onto a (cardboard?) cutout that will be displayed in the stands during the games.

A German soccer club did something similar recently, if you’re looking to get a feel for the vibe:

Borussia Mönchengladbach filling their stadium with cardboard cut-outs for foreseeable future. Fans pay I think €19 and in they go. Ingenious, clever, funny and grim too. pic.twitter.com/lRYQKXLMim

And if you think that’s crazy, wait until you see what they did in South Korea:

Hope the @Braves put stuffed animals in the stands like in Korea. pic.twitter.com/ZRPI9aGg5v

I’m not sure which I prefer, I think both are pretty funny, but I have to admit, the stuffed animals are pretty effective. A cursory glance at the image makes it seem like there’s nothing wrong or different at all, and that’s obviously the goal of the cutouts.

As for my impression of the plan … I actually love it. Until cities and teams give the O.K., I’m pretty on-board with whatever. For example, I think just regular dogs in stands – no owners – could be fun. Still messing around with that idea though.

Might want to introduce some cats to spice things up. I’ll let you know.

Chicago Mayor Not Ready to Say Fan Attendance Will Be Possible https://t.co/4RSJVhjicS pic.twitter.com/rDxGYuXgFO