This Marlins Rain Delay Response From Their First Season Was an Unmitigated, Hilarious Disaster Skip to content 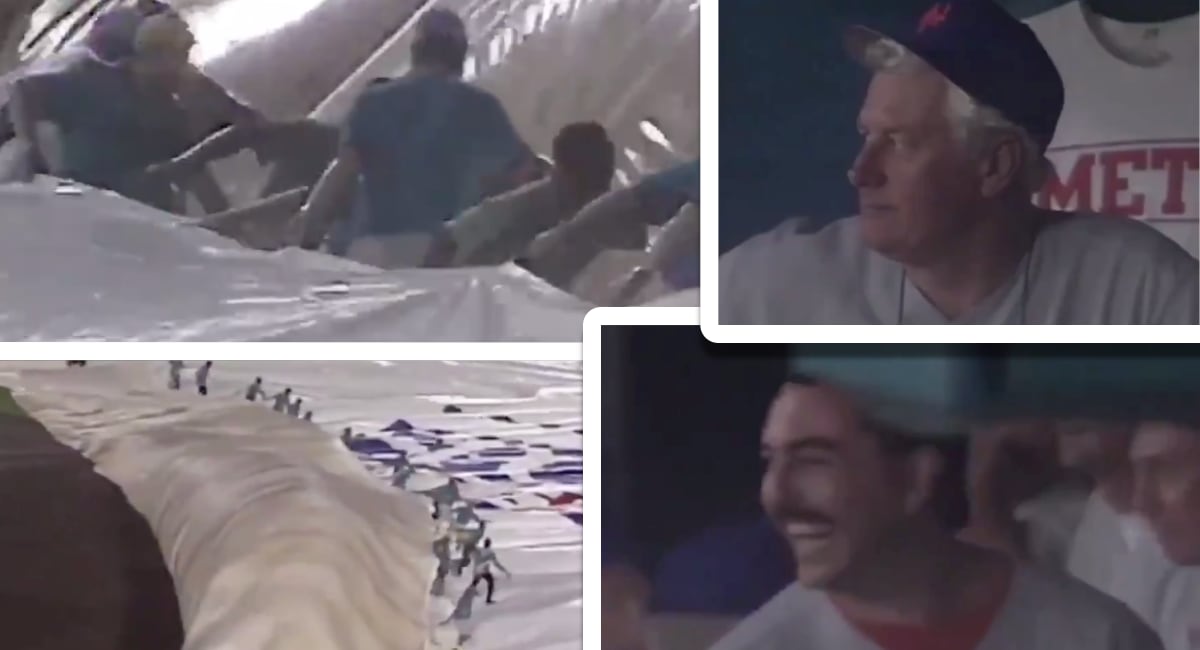 Every single team in Major League Baseball has something by which they can be easily embarrassed. So, as a Cubs fan who waited 108 years for a stupid Goat Curse to be exorcised, I am not trying to throw stones with the following statement, but …

The Marlins are the biggest joke in the league, right?

I would accept the Mets as a reasonable answer – and god knows the Astros haven’t even BEGUN dealing with their … moment – but the Marlins have just always been this dysfunctional franchise, transcending ownership groups, management, coaches, you name it.

More recently, that’s been defined by Derek Jeter trading away the 2018 MVP (and 2019 MVP runner up) Christian Yelich, the 2017 MVP Giancarlo Stanton, and arguably the top catcher in MLB, JT Realmuto, for little more than a song. But the insanity and hilarity has persisted well before that.

For example, let’s go all the way back to 1993, the Marlins inaugural season, when a rain delay absolutely devolved into chaos, when the grounds crew could not figure out how to get the tarp onto the field.

Like … how do you even, never mind. Just watch:

June 29, 1993: During the Marlins inaugural season, the grounds crew at Joe Robbie Stadium seemingly (and hilariously) has no idea how to get the tarp on the field (cc: @MarlinsHistory) pic.twitter.com/WIJn1F7V9D

According to MSN, “In all, the delay was 88 minutes which went on top of the four hour and 20 minutes it took to play the actual game. With first pitch taking place at 7:35 p.m., you would have been there until nearly 2 a.m. if you also saw the final out.”

Didn’t they practice this? Did they only do dry runs, when the weight of the rain and wind wasn’t complicating things? I honestly have no idea why this was such an issue, but almost 30 years later, it’s absolutely hilarious.

So here’s to you, Marlins. At least you make us laugh.