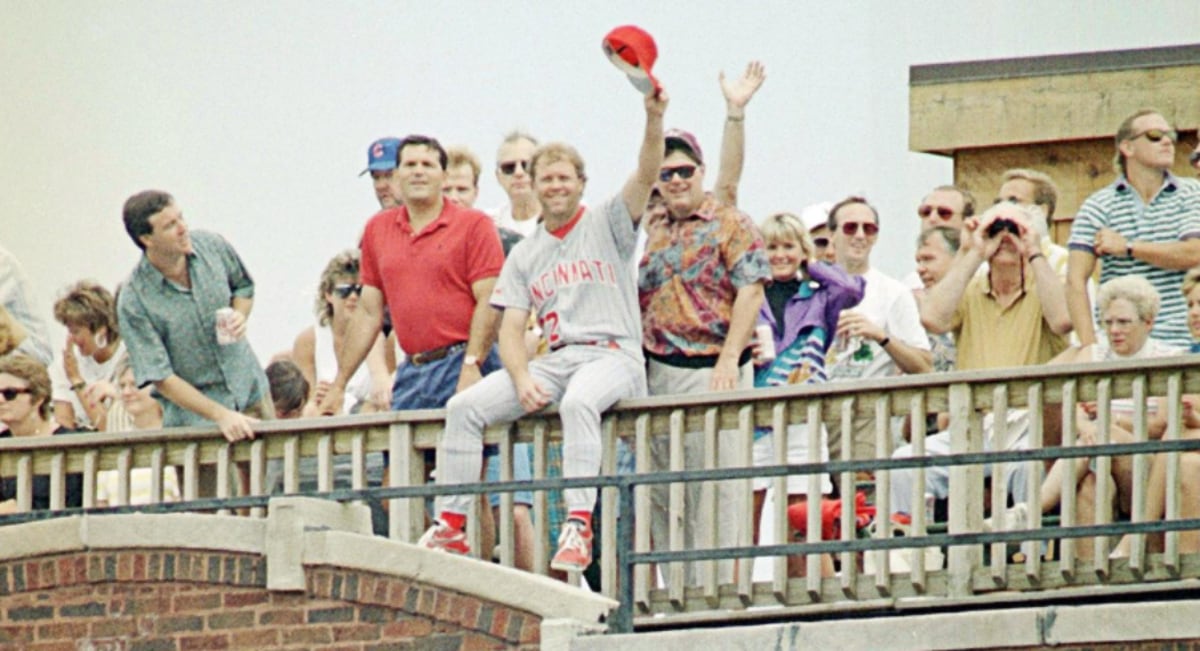 You may not be able to catch a game from inside Wrigley Field this season, but you can definitely watch one from across the street at one of the sixteen rooftops. In fact, the first game of the season has already been sold out, and so has a Friday night game against the White Sox in August.  And that’s not too surprising.

The rooftops may have lost of some of their luster in the age of video boards and expensive tickets, but they are still extremely popular and have been for a very long time.

I mean, hell, Reds pitcher Tom Browning risked a $500 fine to leave Wrigley Field – in full uniform – in the middle of a game to walk across the street and sit with Cubs fans on the rooftops.

If that’s not an endorsement of the experience, I don’t know what is:

July 7, 1993: Tom Browning leaves the Reds' dugout at Wrigley Field in uniform, walks across the street and sits with a group of Cubs fans on the roof of an apartment building behind the right field bleachers. Manager Davey Johnson fines him $500 for the stunt. #RedsVault pic.twitter.com/XP11ocMVlX