Don't EVER Run on "Chico" the Dodgers Clubhouse Attendant ... and Fill-in Left Fielder Skip to content 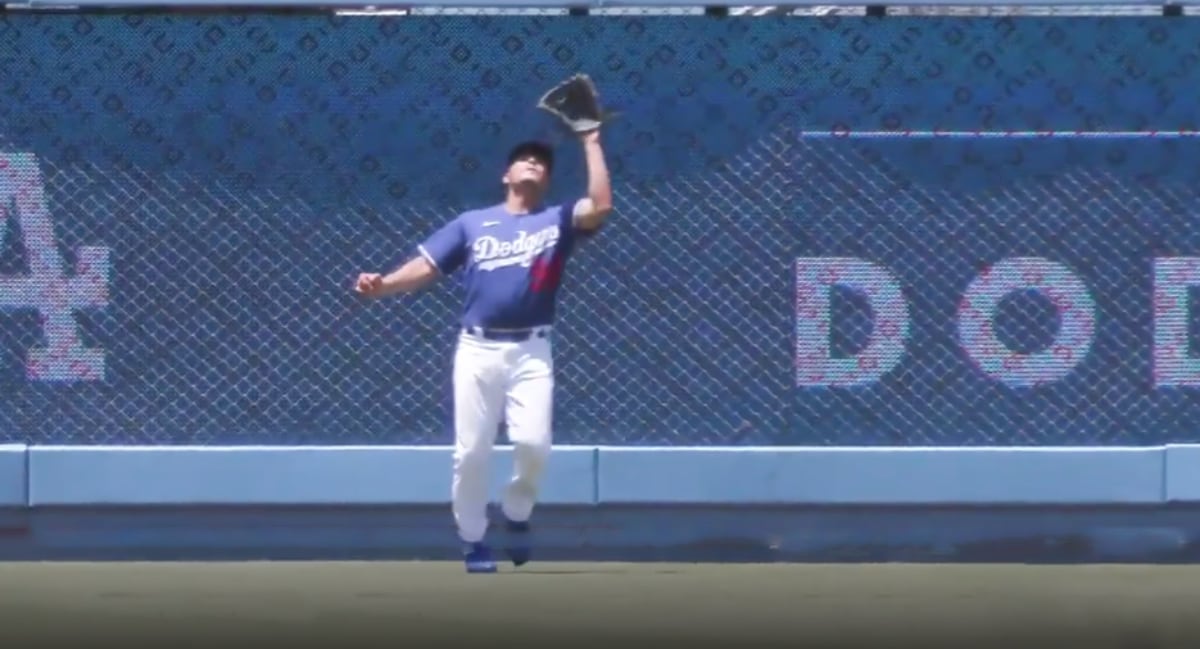 About a week ago, the Dodgers had their clubhouse attendant (or “clubbie”) Francisco “Chico” Herrera play left field during some intra-team Summer Camp scrimmages, and it’s basically been the best story in baseball since things kicked back up.

You may have seen the first clip already:

But on Sunday, Chico made his presence known, when Chris Taylor tried to tag up from first base on a deep fly ball to left field.

It was a huge mistake:

Yes, that was a horrendous decision by Taylor, but give Chico some credit! He positioned his body, got under the ball, and fired a laser to second base. That’s not easy to do, especially for a guy who hasn’t played competitive baseball since his two years at shortstop in college about a decade ago.

“It’s been surreal,” Herrera, 30, said. “The guys are loving it and I’m just going out there and having fun.” But the throw (and the nickname (and the general absurdity)) might not even be the best part.

The Dodgers are totally rallying around this guy. So much that an actual player, Anthony Garcia, has been sent to minor league camp (ouch) to make room for Chico, who was otherwise supposed to be done for the summer … which LOL:

Thanks, Ross Stripling. America owes you one. And you that one to Garcia.

Okay, one more look at #thethrow.