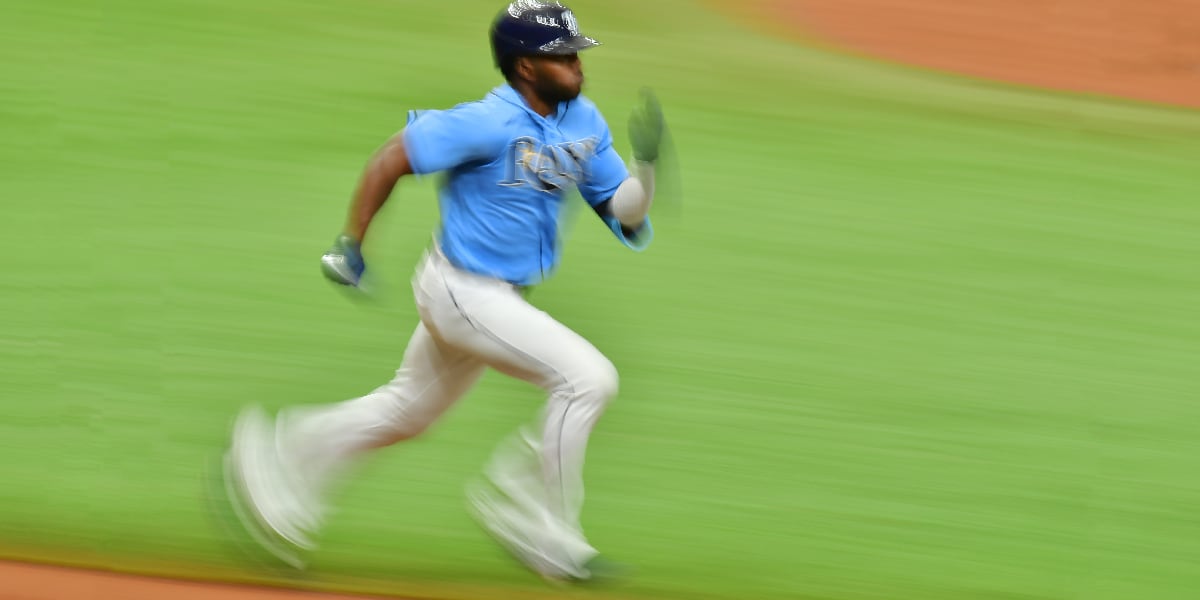 After just 42 big league games spread over two seasons, Rays outfielder Randy Arozarena is slashing .500/.538/1.042 (325 wRC+) in the postseason against the Toronto Blue Jays and New York Yankees, with a chance to advance to his first ALCS tonight. So basically … No, I don’t think a minor league infield “triple” from 2017 qualifies as the highlight of his career, but it’s still pretty freakin’ funny (and well-earned!).

Three years ago, Arozarena was playing for the Double-A Springfield Cardinals when he popped up high over the mound, drawing the entire infield in for a fireworks show. But as the first baseman missed the catch, Arozarena taught them all the importance of hustle and game-awareness:

Randy Arozarena once hit an INFIELD TRIPLE. Didn't even know that was a real thing until now. #RaysUp pic.twitter.com/JT2KTaU36p

It’s not like the Midland infielders were kicking/throwing the ball around, someone grabbed it right away. Arozarena simply earned himself a trip to third, even though it was booked as an error. But, hey, he did wind up scoring later in the inning during a game that the Cardinals would ultimately go onto win by a single run! So his hustle and brains paid off!

For what it’s worth, the big league Cardinals traded Arozarena to the Rays (along with Jose Martinez) earlier this year. And in 23 big league games for the Rays before the playoff explosion, he slashed an also impressive .281/.382/.641 (176 wRC+) with seven homers in just 76 plate appearances (plus 4 stolen bases!). I don’t know what the future holds for Arozarena just yet, but he’s off to a pretty darn exciting start.