It Actually Happened in One Inning: Three Triples, One Double, Two Singles, and ZERO Runs Skip to content 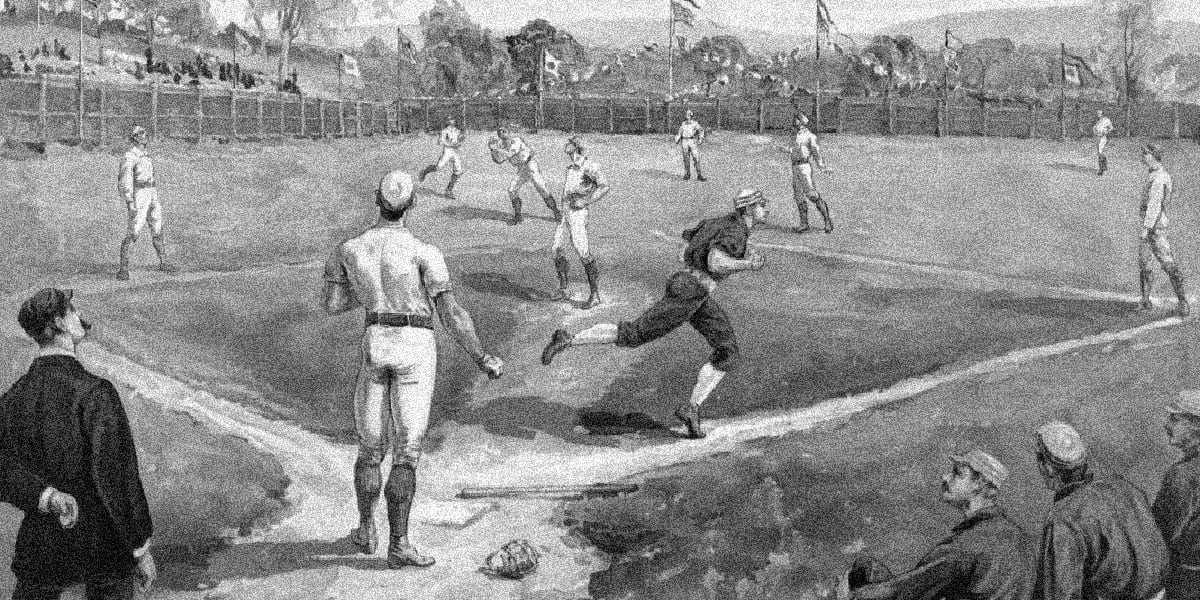 I tried my absolute hardest (and failed) to crack this baseball riddle before clicking on the source material to find the answer, but I hope you’ll try all the same: How do you think it’s possible for one team to hit THREE triples, ONE double, and TWO singles in one inning without scoring a single run? Because believe it or not, it happened for real in 1890, when Joshua Mercer Goar was pitching in the Indiana State League against the Anderson Tigers.

It’s not necessarily a trick question, mind you, but it certainly helps to be familiar with a few quirks about the sport/rules/game-scoring. Note, the answer has nothing to do with “unearned” runs or anything like that. So what was the order of events? How did it go down? Do you have a guess?

I’ll give you some time (and space) to think it through.

The Answer (via MLB.com)

The first batter, Benjamin Ireland, hit a triple. Next up was Ed Wiswell. There was a wild pitch, Ireland tried to score and was tagged out at home.

Wiswell then hit a triple and was tagged out trying to stretch it into an inside-the-park homer.

A third batter and a third triple. This time it was Rush Shumway (I swear these names are real).

Next up, Gene Derby. Derby laid a bunt down the third-base line and the third baseman followed it, hoping it would roll foul. It didn’t. Derby got to second for the always exciting bunt double and Shumway remained at third on the play.

Next, another bunt. This time just a single. Gene Fatz beat it out to first and neither runner advanced.

And then, with the bases loaded, Frank Fear hit a “vicious” liner — as only someone named Frank Fear could — to right. It hit Fatz in the arm while he was off the bag. Fatz was out, but, according to MLB Rule 5.05, Fear is still awarded a single.

You can head over to MLB.com for a little more detail on Goar and the baseball environment at the time. What an incredible story.