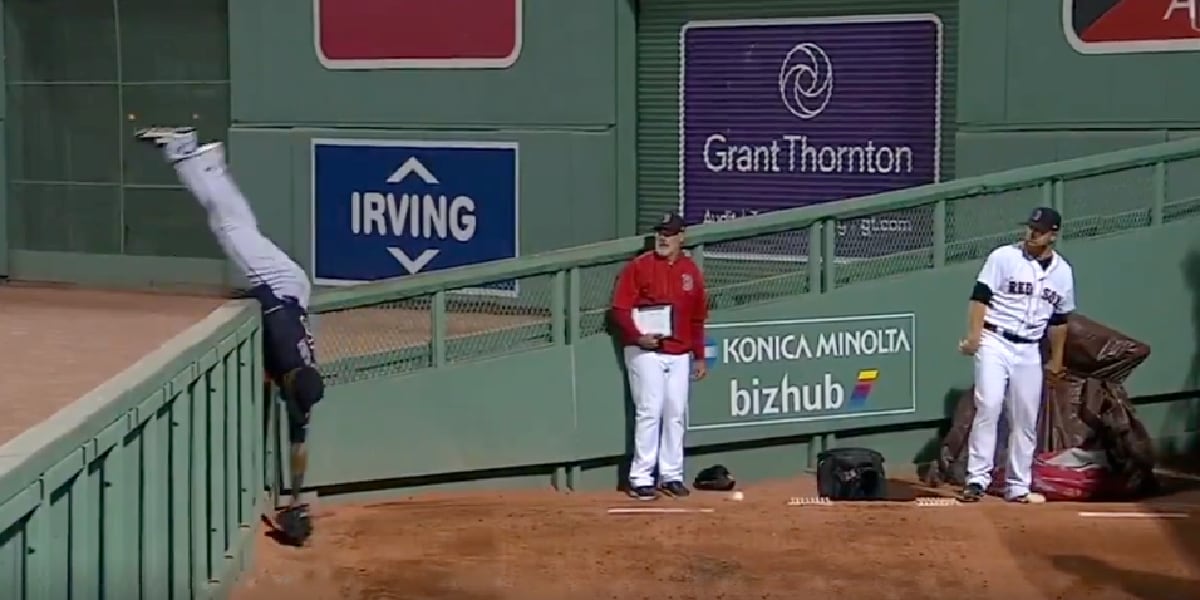 In August of 2017, Cleveland Indians outfielder Austin Jackson did something unbelievable.

He made a catch over the right-center field wall at Fenway Park that … well, it’s almost too hard to describe. What I do know is that he went heels over head, made the catch, saved a home run wound up in the bullpen, and, somehow, almost managed to land back on his feet. It’s easily one of my favorite catches of all-time (at least that I had the please of watching live).

Here, take a look for yourself:

I mean, seriously, can you believe that catch?!

AUSTIN JACKSON WHAT IN THE WORLD!
pic.twitter.com/H22t4fnsEs

One of the best I’ve ever seen. Period.