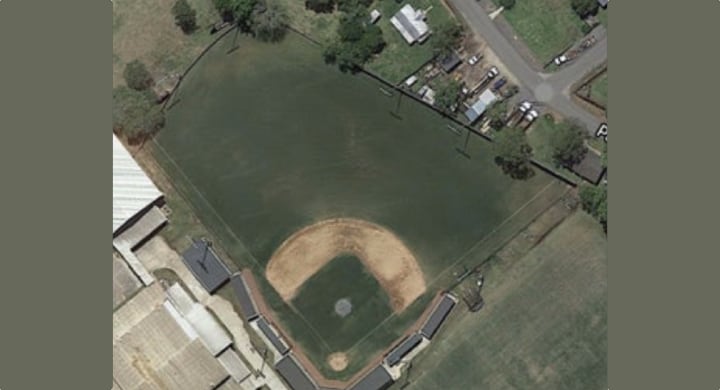 Before today, I would have argued that the former “Tal’s Hill” at Minute Maid Park is/always was the ultimate ballpark oddity. The fact that they made professional athletes navigate an actual incline *and* a pole in-play is beyond me. But I think we have some legitimate challengers.

These may not be pro (or even college) level ballparks, but they are some weird looking baseball diamonds, and it’s fun to imagine what impact each would have on a game.

People are posting weird HS baseball field dimensions on r/baseball and I could look at these forever pic.twitter.com/OecXuumDco

Let’s zoom in on each. 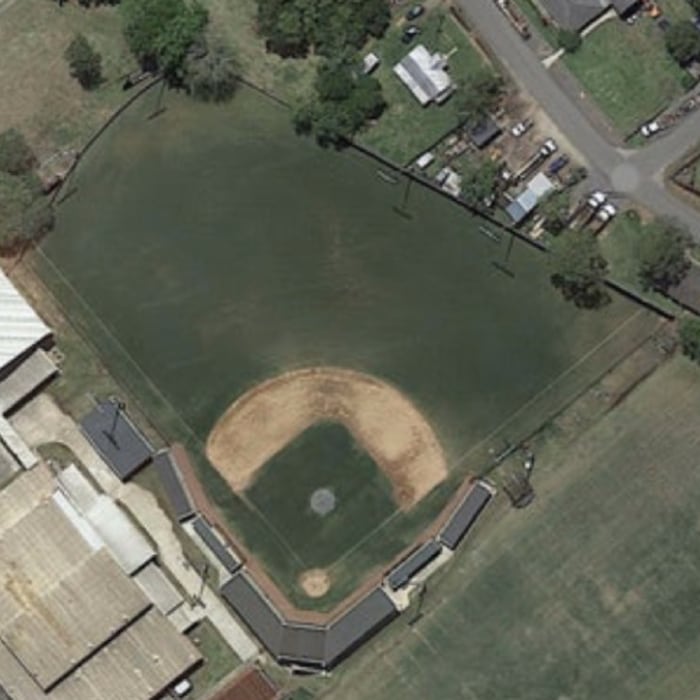 We have a handful of strange ballparks to enjoy today, but this is easily my favorite. Nicknamed “The Hook,” left field at Cecilia High School in Breaux Bridge, Louisiana must be the toughest defensive spot in the history of baseball. There is a massive gap in deep left-center field, which, unlike most of the other fields today, is surprisingly NOT even caused by an external factor. I guess that’s just how they like their outfields in Louisiana. I bet there are a whole lot more doubles and triples for right handed batters at this park than anywhere else in the conference. 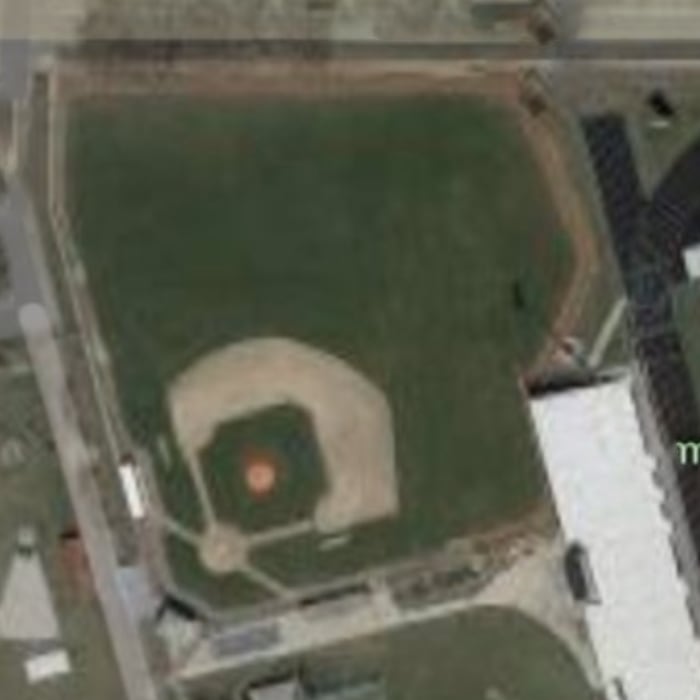 Your eye may be drawn to another massive left field when you first check out East High School’s diamond in Des Moines, Iowa, but let them drift over to right field. Or, at least, where right field would be if this was a normal ballpark. According to the original post, right field bumps into the football stadium’s bleachers, artificially shrinking the actual playing field, which feature a yellow line delineating home run height.

If you’ve got a rough outfielder … I may have just the spot. 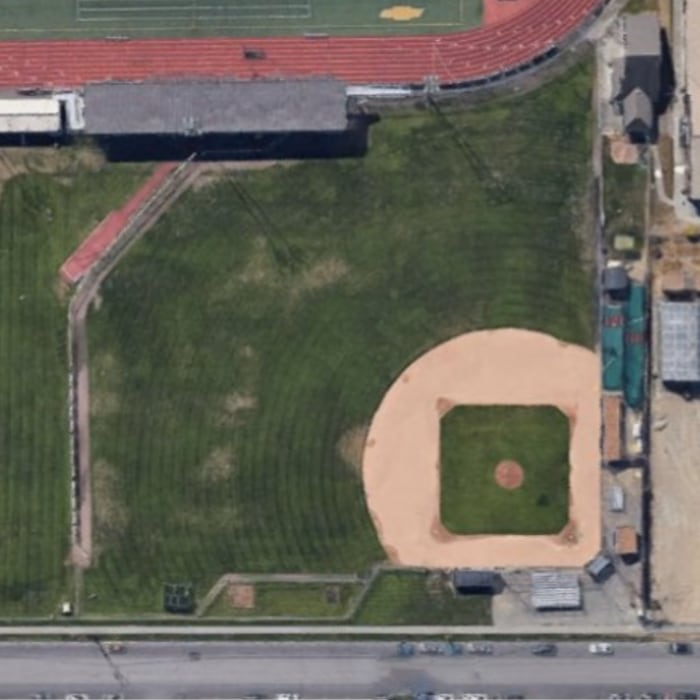 At first blush this stadium’s dimensions don’t look too unique, but allow your eye to actually follow the outfield wall. There’s basically a straight line from left to left-center, followed by another straight line from left-center to right center, followed by god-knows what in right center, and then a reverse arc in right field. 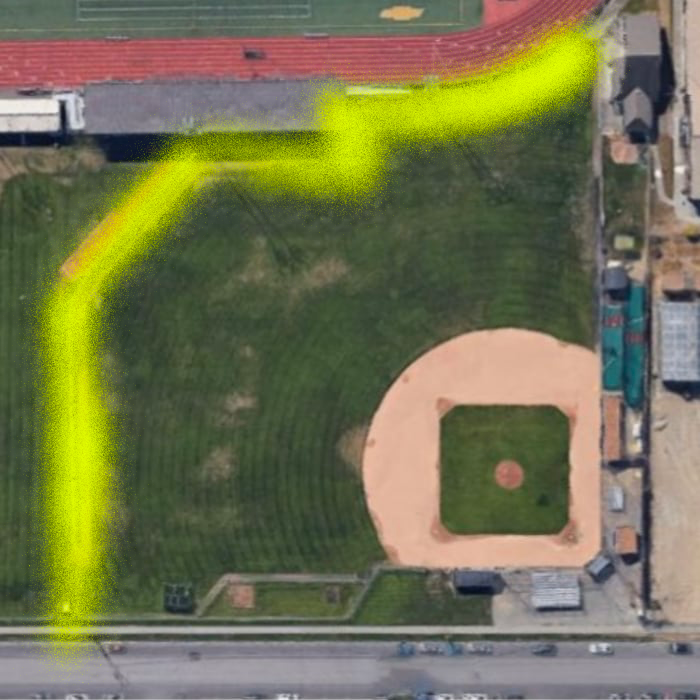 But no matter what your little league coach told you, right field isn’t the only place to high a bad defender. Not when the rest of the park looks like our last one … 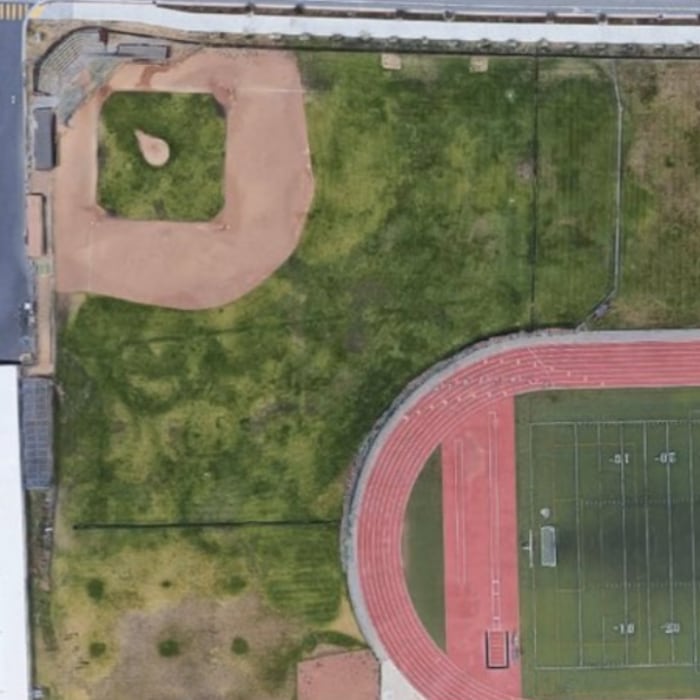 You want to talk weird dimensions, how about 290 to right, 290 to left … 280 to center with an immovable fence in the center field arch. If there were ever a stadium to luck into a college scholarship as a “center fielder,” Redwood High School’s the place. That is an utterly ridiculous shape for an outfield and a near-winner for my personal favorite.

If you’d like some more, scroll through the original thread … there are some doozies in there:

My High School Field in Guthrie, OK. 275 down the lines with 20 foot wall. Centerfield is also the football field and they play it now without a CF fence. One of my favorite places to play and watch a game. pic.twitter.com/ORqWR0kUAi

This was the weirdest one I played on. Toms River South HS (Todd Frazier’s old stomping grounds). Won the state championship here back in ‘03. pic.twitter.com/vGIUYHoiCR

Which is your favorite? Do you have a weird high school outfield of your own?