I do not know Rob Gough personally or professionally, but I am here to officially declare that I would like to be his friend.

That’s because he just bought the most expensive baseball card ever sold – a Mint 9 PSA-grade Topps 2952 Mickey Mantle – for $5.2 million. And I would like to see it, and maybe borrow it briefly to impress some folks:

The last record-holding baseball card was actually just sold back in August 2020, a one-of-a-kind 2009 Bowman Chrome Mike Trout, for $3.93 million. As recently as October, one THOSE Honus Wagner cards sold for $3.7 million.

Apparently this particular iteration of the famous Mantle card is the best 9-grade still in existence, according to Jesse Craig, director of business development at PWCC Marketplace, which helped broker the deal. It had sold just two years ago for a mere $2.8 million.

So, anyway. Rob. Hit me up, man. I won’t breathe on the card or anything. Maybe just let me take a selfie with it or something. Or maybe I can find a stash of super valuable cards if I dig around enough in my basement. 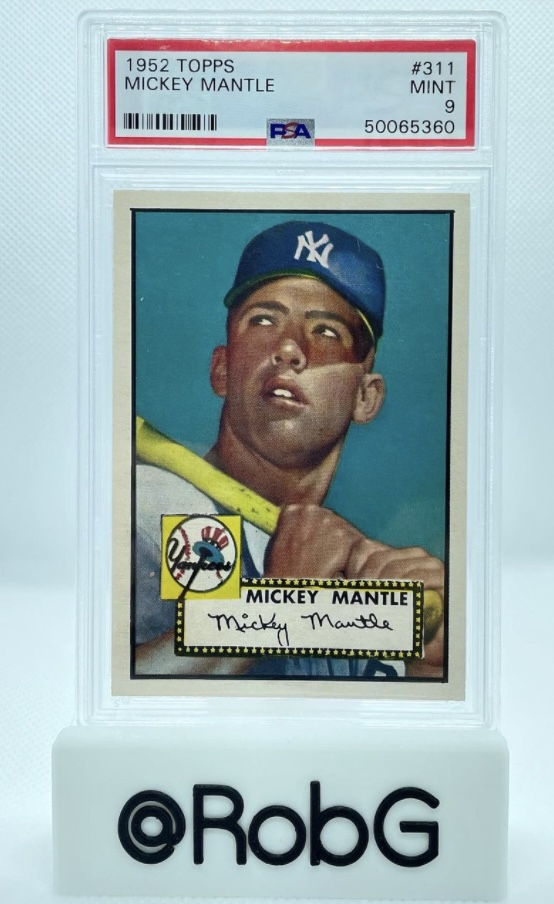