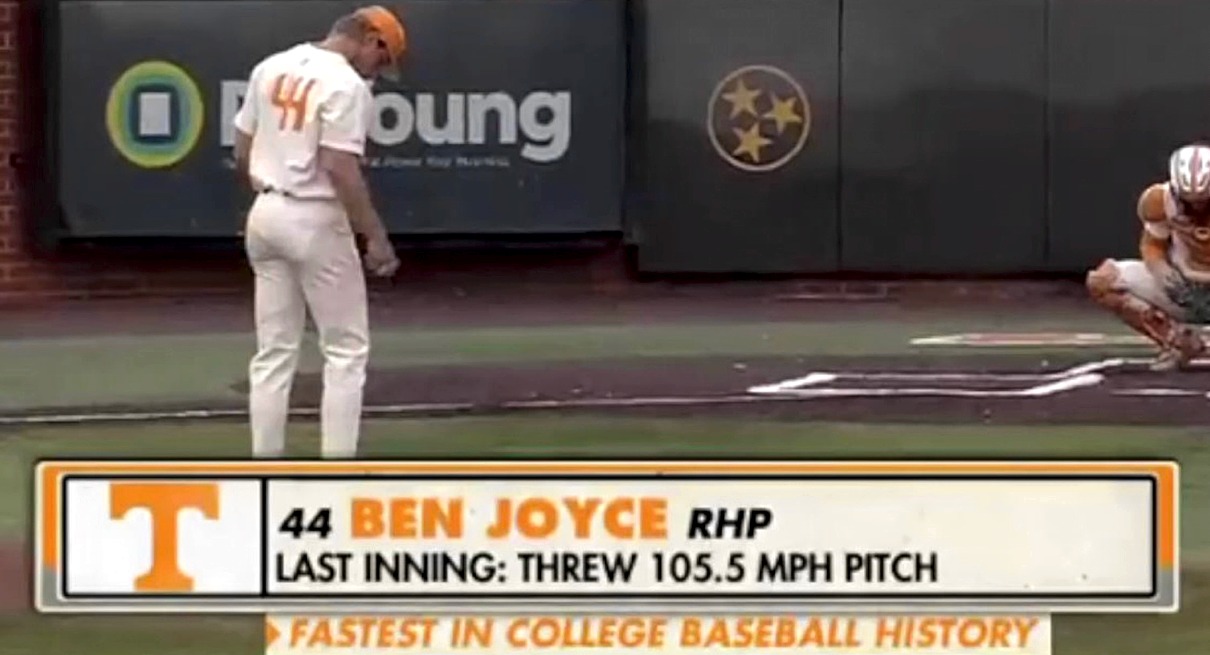 There was a time when I would’ve said the limits of the human body, and the ability to throw a baseball into a relatively small area, dictates that no pitch in the current game can be thrown over 104mph. And even that is an extreme outlier stretch.

But then Tennessee pitcher Ben Joyce came along. Not only has he touched 104mph multiple times this year, he just now threw a pitch 105.5 freaking miles per hour. I am speechless.

I love the note on the graphic – “fastest in college baseball history.” YEAH, YA THINK?!?!?!

Joyce, a pure reliever, is eligible for the draft this year, and might test the limits on how high a team will draft a college reliever based on velocity. It’s hard to see him going in the first 50 picks, but you never know. That’s a special, special arm.

UPDATE just to confirm it passed the post-game check: