Baseball has come a long way in terms of allowing players to flip their bats in moments of success, especially big fat dingers in extra innings. And the game is better for it. BUUUUUUT … I’m starting to think we may have flown a little too close to the sun.

In the 10th inning of Saturday night’s matchup between the High-A Hudson Valley Renegades (Yankees affiliate) and Rome Braves (Braves), the Yankees 2018 first-round pick, Anthony Seigler, flipped his bat up to the moon when he THOUGHT he hit a two-out, 10th inning home run.

Unfortunately, the ball was deflected by the left fielder, Landon Stephens, who threw it in and NAILED Seigler at second base for the final out of the game. And by nailed, I mean by a full two miles.

This is how tonight’s Hudson Valley Renegades game ended in the tenth inning.

The second baseman is just waiting for him at the bag. It’s kind of hilarious. 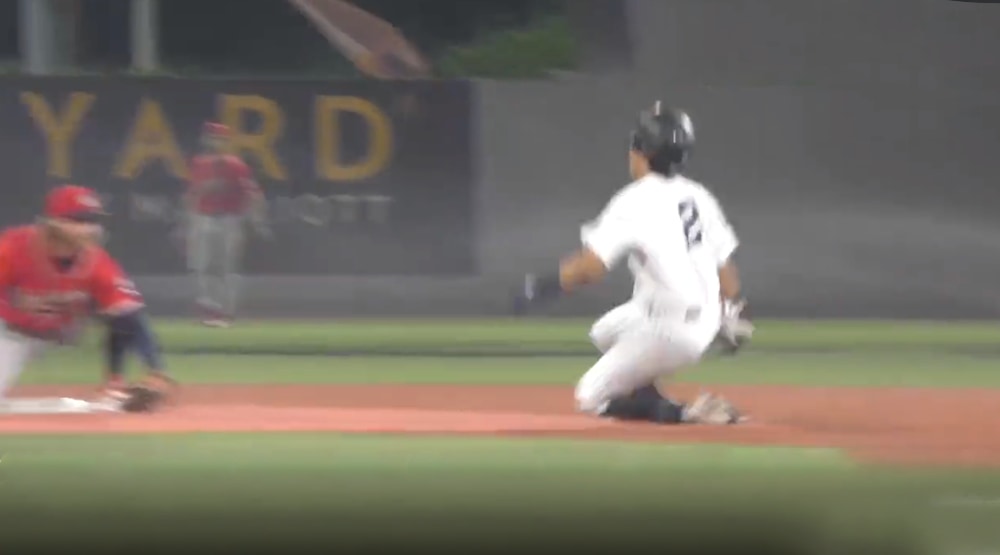 Like I said, I’m all for bat flipping every tiny win on the field, but … my guy! You gotta be sure you got all of it. And for that to be the reason you’re thrown out *and* the game to end. Yeesh. That’s about as bad as it gets.