It’s been a really rough first year in Detroit for Javy Báez. Wanting him nothing but success, it’s been hard to see him hit just .216/.258/.378/80 wRC+ so far, and with the defense rating out as only average at shortstop so far. Tigers fans haven’t been able to really see El Mago being El Mago.

But Javy Báez has actually been scorching hot the last 10 days, including a big moment last night against the Diamondbacks. He was hearing it from a fan while batting against Merrill Kelly, including on a big and ugly whiff for strike two.

That’s when Báez sent a pitch 459 feet out for a grand slam, which had to feel awfully good:

Javy immediately made sure the heckler saw what he’d just done:

Like I said, I’ve got nothing but love for Javy Báez and how he plays the game. For his part, he said he was just having some fun out there.

“Nothing bad. He was just talking good trash,” Báez said of the heckler’s comments, per MLB.com. “I turned back and they were just laughing. It was competition stuff …. As soon as I hit that ball, the first thing that came to my mind was all this other stuff that he was saying. It was very fun.”

I bet it was. Fun for us, too. Keep the good times coming, El Mago.

Stray Trade Rumor Bits on the Cubs and Padres 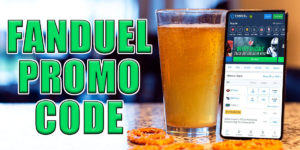 Mets Reiterating: We Totally Will Not Trade Top-ish Prospects for a Rental