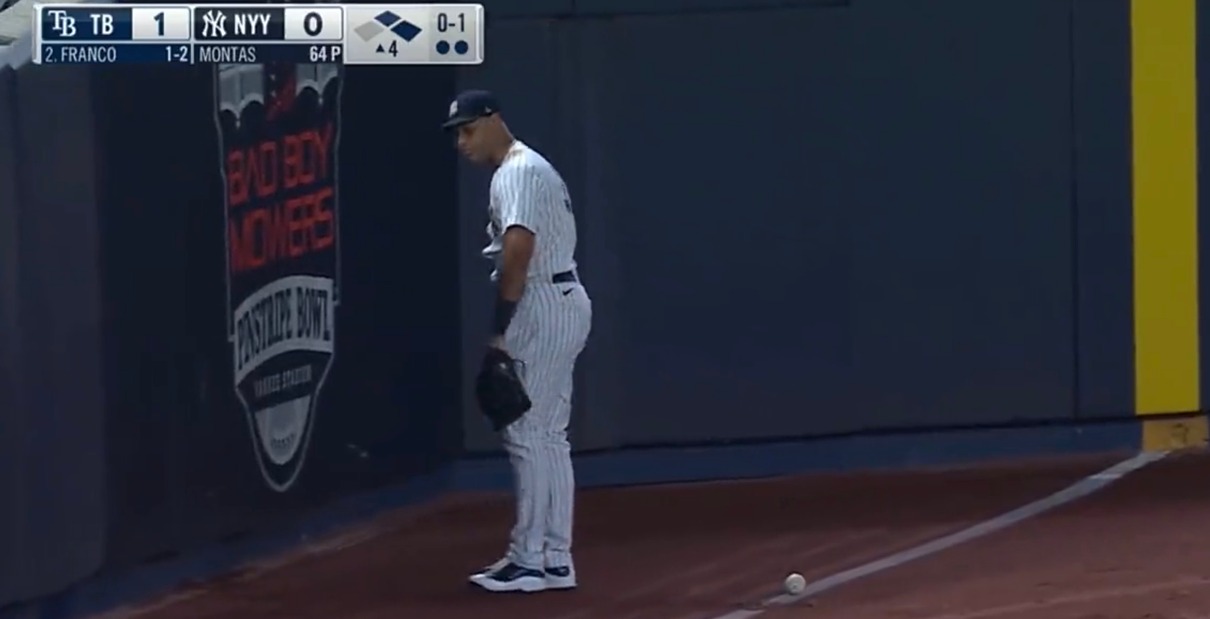 Things have *not* gone well for the New York Yankees in the second half of the season, and tonight’s big game against the Tampa Bay Rays is not going well so far either.

And a key play in the game kinda sums up how ugly and self-inflicted the issues have been.

With two outs in the 4th and a couple runners on base, left fielder Aaron Hicks was tracking a fly ball toward the foul line. Not only did he not make the catch, he also didn’t realize where he was when he tried to make the catch.

It was a fair ball. He was not aware:

One of those runs was going to score no matter what, but the drop itself was still a flub! And then standing there, bummed about the drop and oblivious to the live ball just behind you, allowing the second run to score. Oof. That’s bad!

Unless you are not a Yankees fan. In which case, it’s just funny!

UPDATE: Ouch. It seems the play may have gotten Hicks pulled from the game: