Joey Votto Went to the Cincinnati Reds Game as a Fan, Brightens the Day of Everyone Around Him Skip to content 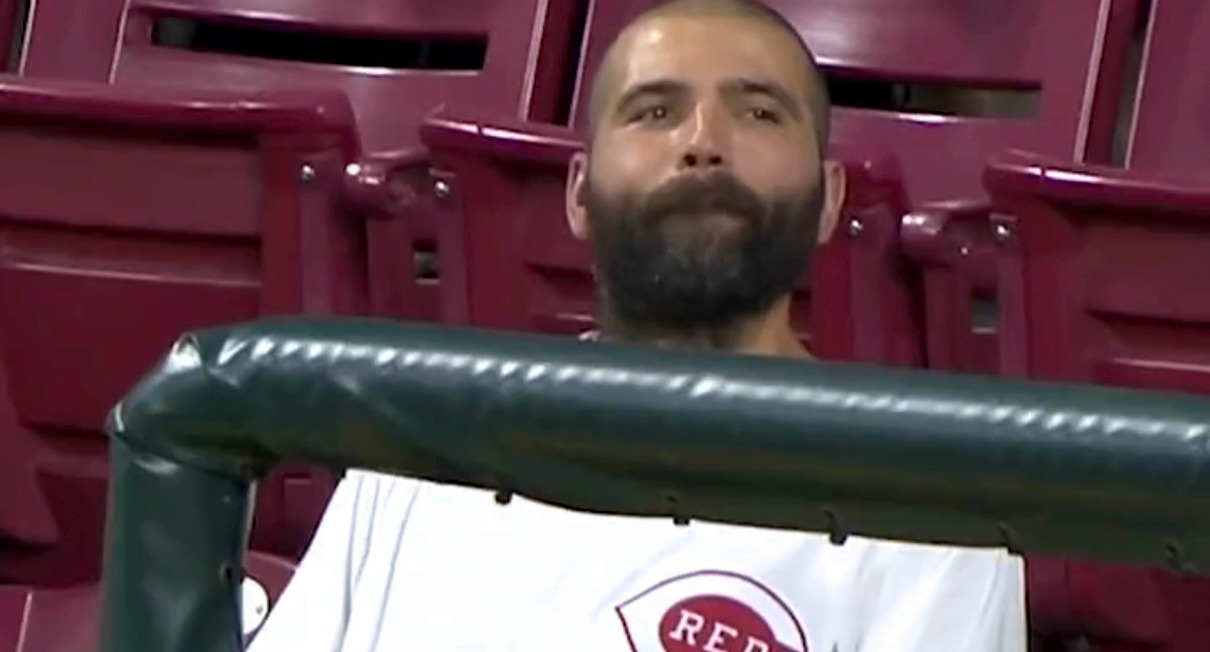 Joey Votto can’t play right now due to season-ending shoulder surgery, but that’s not keeping him away from the ballpark. And I don’t necessarily mean working with his teammates, and rehabbing, and all that stuff.

He is assuredly doing those things, but what I’m talking about is Votto, last night, just showing up to the ballpark as a fan to watch the game. He’s Joey Votto in Cincinnati, so obviously he’s not going to be able to JUST watch the game – he was talking to fans, taking pictures, visiting with stadium workers, etc. – but it’s just kinda funny to see a bearded Votto in a Barry Larkin jersey and jeans, taking in a Reds game.