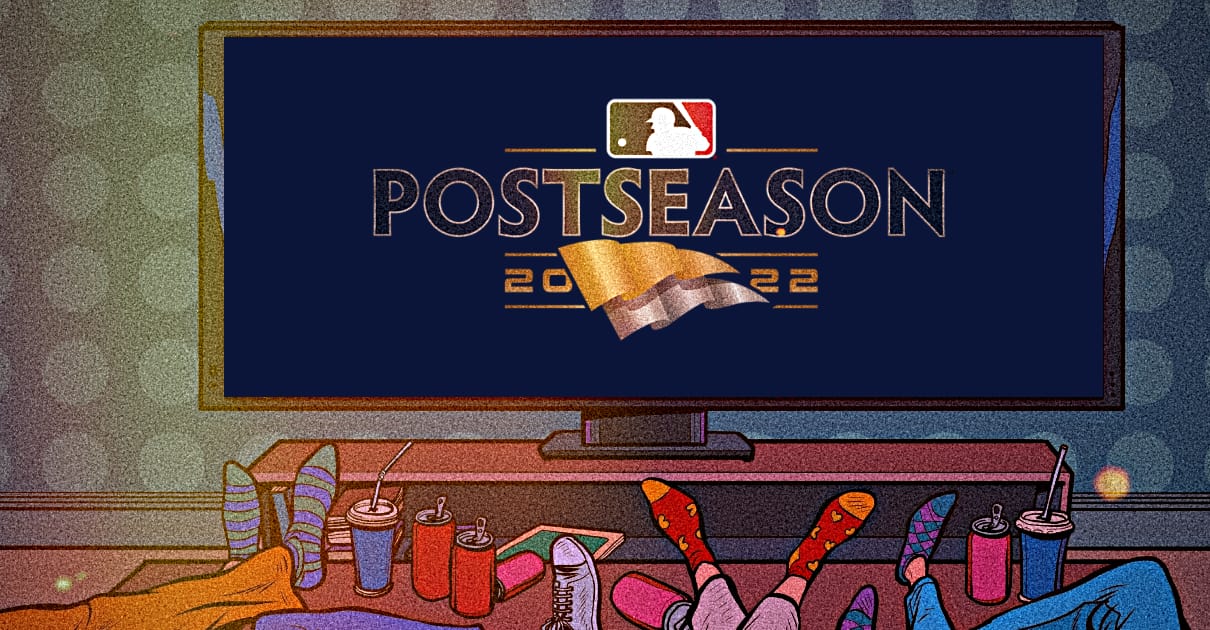 Both baseball teams in Chicago will, like their fans, be watching the Postseason from their couches this October. While it would be nice to have a hometown rooting interest in the Postseason, there’s no reason why we still shouldn’t enjoy some October baseball.

Now, I – Patrick, a White Sox fan – can guarantee that we’re not going to agree with my top pick for teams to root for (which I’ll explain), but we might see eye-to-eye otherwise. Or not, which should make for some fun discourse in the comments section.

I’m going to rank the teams that I’m rooting for this October in a pyramid tier fashion, and it’ll be based on factors like geographic or divisional rivalry, players on the teams that I enjoy watching, and my general enjoyment in watching underdogs win when I have no real rooting interest.

Without further ado, I shall set the Disqus section ablaze:

Tier 1: Really Want to See them Win it All

I’m sorry. I really am. But, for me (and remember, this is my rankings, and the exercise will hopefully prompt you to build your own and share), I have a family loyalty to the Cardinals. When my Grandpa Jack moved to the Chicagoland area, he was already a Cardinals fan. With no baseball team in that market, he listened to the Cardinals on KMOX on his transistor radio. Grandpa Jack moved from South Carolina to St. Louis, where his affection for the Cardinals grew, and then when he moved to Chicago, he continued to catch the games on the radio, a tradition he shared with my dad.

Grandpa Jack passed when my dad was just out of high school, so the Cardinals fandom (in addition to his White Sox fandom) was something that my dad kept close to his heart over the years and shared with me and my siblings.

So, my rooting for the Cardinals has nothing to do with the Cubs whatsoever – I’m not just trolling – and I’ll apologize the masses here this one time.

The Braves are another team I have a soft spot for because of their accessibility on the TBS Superstation during my formative years as a baseball fan. I probably watched as much Braves baseball as I did White Sox, because they on TBS every day and, well, they were pretty fun to watch in the mid-to-late 90s. Chipper Jones, Andruw Jones, Maddux, Glavine, Smoltz, Furcal, etc.

Those were some of my fondest baseball-watching memories as a kid during that time of my life, so, I root for the Braves when I have no other rooting interest involved.

The Mariners just snapped a two-decade playoff drought and have never appeared in a World Series, even with some of the incredibly talented teams they had in the early 00s, which is just wild to me. Julio Rodriguez is one of baseball’s most exciting young players, and I love rooting for underdogs!

Despite making two trips to the World Series in recent history, the Rays haven’t been able to finish it off and win their first World Series Championship. The Rays do it right, year in and year out, and play have pioneered many things considered the modern-day norm in baseball. I would love to see them rewarded for those efforts.

Like the Rays, the Padres are 0-for-2 in their pair of World Series appearances. San Diego went all in, and I wouldn’t mind seeing them play the underdog card in an absolutely loaded National League playoff field. I also kind of selfishly want them to win it because I’m of the belief that teams should never covet their prospects more than a generational talent like, say, Juan Soto. Like Billy Napier (and later Young Jeezy) said, scared money doesn’t make money.

For that same logic, I should probably want the biggest chickens (outside of 333 W. 35th St.) at the trade deadline to be in the bottom tier, but I just really loathe that tier, so, by default the Mets are a “meh” team for me.

Seeing Edwin Diaz come into the game to Timmy Trumpet’s ‘Narco’ blasting on a chilly fall night with a packed house erupting in the Postseason seems like a good time to me, so at least they’ve got that going for them.

Another team that could have very easily made it into the bottom tier here (for beating the White Sox in the 1993 ALCS) is the Blue Jays. But I was stilling eating boogers in ’93 (I was three!) and Canadians are so nice, so I’m whatever when it comes to this one.

The Phillies were a fun story this season until they almost shat the bed and authored their biggest collapse since 1964. Still, they were able to rattle off a series win and a couple more in the final week of the season and backed their way into their first Postseason berth in a decade, so congrats, I suppose.

The Guardians haven’t won a World Series since 1948 and we all know very well around here what happened the last time they played in the Fall Classic. They dribbled down their legs and blew it.

I’m actually envious of the way the Guardians built their roster, defied all expectations, and I think that Terry Francona is a great manager, so I will tip my cap to them for their accomplishments this season. Beyond that, they’ve been a hated division-rival my entire life and unlike the mouth-breathing segment of White Sox fans that rooted for them in the 2016 World Series, I hope they get swept in the first round.

I’ll keep this one short and sweet … I hate the Yankees. Always have and always will. If they never win another World Series, we’ll all be better off for it.

My favorite memory of the Houston Astros? The White Sox beating them in the 2005 World Series and the Kerry Wood 20 strikeout game. I like nothing else about them.

Look, I respect the hell out of the decade of dominance that the Dodgers have been riding. Their fans are lucky enough to have aggressive and shrewd owners and front-office members that keep them in the October conversation year after year. They spend, they trade, they develop, and they just win. I respect it.

But for the sake of parity across the game … enough already …