John Fox Says The Bears Are A Team Within 'Striking Distance' - Of What? Let's Try To Figure It Out Skip to content 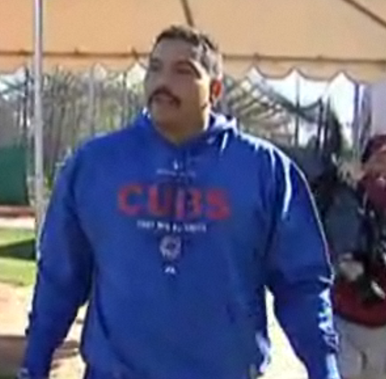 Depending on your level of optimism for the Chicago Bears, you’re either seeing a situation with the glass-half-full or half-empty.

Head coach John Fox seems to have chosen half-full, but teeters on the edge of something beyond that. CSN Chicago’s John Mullin reports that Fox believes the team is within “striking distance” of winning. That’s a bold stance from the coach of a team that has won only nine games since his arrival in 2015.

“Striking distance” is a vague term. And exactly what are the Bears winning in 2017? More games than the three in 2016 or the six in 2015? Enough to finish .500? That would be something the Bears haven’t done since 2013. How about enough for the team’s first winning season since 2012? That would be the biggest surprise of them all.

Chicago has quite the hill to climb with regards to winning anything of consequence. The Packers are coming off a season in which they reached the NFC Championship game, and the Lions were a playoff team in 2016, too. The Vikings stumbled after a hot start, but that franchise is only one year removed from its last playoff berth.

But what if I told you Fox was onto something?

Using Pro Football Focus’ grades and grading scale, we can get a baseline on where the Bears stand compared to their NFC North rivals. PFF’s grading scale puts players in the following groups: Elite, High Quality, Above Average, Average, Below Average, Poor. For this exercise, we’re including players listed as starters in base offenses and defenses, three-wide receiver sets, and nickel or dime packages. These are the players most likely to see significant playing time in 2017.

And let’s get this out of the way while we can. The Bears and Packers are the only teams with an elite player on their roster. Aaron Rodgers is an obvious answer at quarterback, but the Bears counter with the only defensive player with an elite grade – linebacker Jerrell Freeman, who earned that distinction despite missing four games to suspension. And for the rest:

Woah. That’s a much brighter picture than I bet many of us expected.

This is all shaping up to be great, right? Even though the Bears didn’t land any big fish in free agency, they improved on some bad situations and still have the draft to get better. Before we get too far ahead of ourselves however, the other teams in the division are looking forward to the draft, too. Plus, the Packers, Lions, and Vikings each have eight selections in this draft while the Bears only have seven. That’s a long way of saying these rosters are nowhere near close to being finalized. And yet, the Bears are technically better off now than where they were at the end of the season. But by no means should they be pleased with the way things are, because there are still many improvements to be made.

And anyway, the biggest hurdle here is – you guessed it – the Bears’ quarterback situation. Mike Glennon (69.0) owns the lowest grade among starters in the NFC North where he is looking up at Sam Bradford (82.9), Matthew Stafford (85.4), and (duh!) Aaron Rodgers (93.3).

The Bears are on their way towards closing the gap between them and the rest of the division, but there is still lots of work to be done. They need to get to a point where improvement is something more than raising the floor of the talent level in-house.