It appears as if free agent wide receiver Victor Cruz will be on the move shortly, and the process – at least – will bring him to Chicago.

Kimberly Jones of NFL.com/NFL Network reports that the Bears are one of the teams Cruz is scheduled to meet, and a visit will take place on Monday.

The Bears are one of many teams to show interest in the Super Bowl winning Pro Bowl receiver. The Jacksonville Jaguars – where his former coach Tom Coughlin is now the team’s executive vice president of football operations – are in the mix, too, with a meeting scheduled for May 23. And according to Art Stapleton of the Bergen Record, there is a mutual interest between Cruz and the Baltimore Ravens. Offseason interest in Cruz began as early as February when Joseph Pearson and Jourdan Rodrigue of the Charlotte Observer reported Cruz visited the Carolina Panthers.

Cruz, 30, burst onto the scene in 2011 with 1,538 receiving yards and eight touchdowns as he became a favorite target of New York Giants quarterback Eli Manning. He followed that with a 1,092-yard season and a career-best 10 touchdowns in 2012. Cruz was a playmaker in his first three seasons, totaling 3,626 yards and scoring 23 touchdowns.

But since the start of 2013, Cruz has hauled in only 135 catches for 1,921 yards, and six touchdowns in 35 games. Cruz suffered a torn patellar tendon in an October matchup against the rival Philadelphia Eagles in 2014 and went on to miss the entire 2015 season, too. He was released by the Giants earlier this offseason.

News of the Bears’ interest comes on the same day the team released veteran receiver Eddie Royal, who signed a three-year deal worth up to $15 million in 2015, but missed a significant amount of time due to injuries.

The Bears could certainly use some help at receiver, especially after allowing Alshon Jeffery to walk away in free agency and not selecting a player at that position in the 2017 NFL Draft. Even if they didn’t add a true number one receive to replace Jeffery, the Bears have upside in Cameron Meredith, and added Markus Wheaton and Kendall Wright earlier in the offseason as they look to deepen their pool of receivers.

The question on Cruz is whether he’ll be in position for a true bounce back, or if he can be only a veteran, complementary contributor at this point in his career. 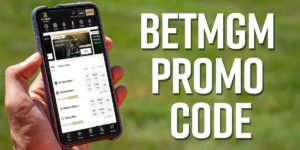