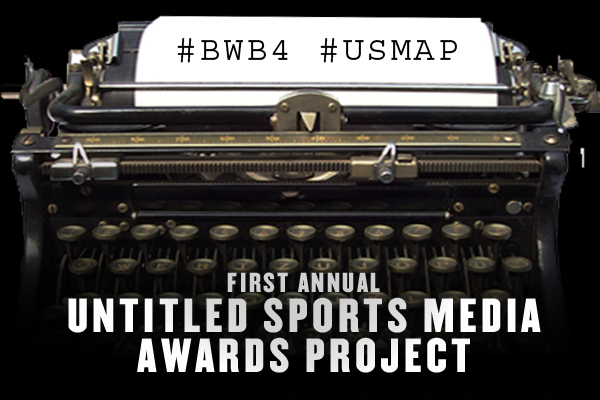 Three years ago, the Chicago Cubs jumped on an unexpected opportunity to hire one of the best managers in baseball, Joe Maddon, away from his current team and they jumped all over it.

Since then, Maddon has led the Cubs to 292 wins (most in MLB during that stretch), three straight NLCS appearances, and a World Series victory (he was also Manager of the Year after 2015 and coached the All-Star game this past season). Suffice it to say, the guy’s got some credentials.

Which is why it was nice to see him reach across town an offer new Bears Head Coach Matt Nagy some simple, but sage advice.

“Just be yourself,” Maddon said. “The one thing that I found when I came to Chicago [is] that I thought my hometown of Hazelton was a microcosm of this city and the people here. Very inviting, open folks, passionate about their sports and Bears football, so I wish you nothing but the best. But all I can say, typically, Pennsylvania: Just be yourself.”

If you’re unfamiliar with Joe Maddon, that might seem like a pretty generic, boring piece of advice, but I assure you it’s anything but. When Maddon first came to Chicago, he brought with him the sort of wild card, fun-loving, open attitude the Cubs and their fans hadn’t seen in a very long time.

During Spring Training (and throughout the season), the Cubs dugout was visited by magicians, zoo animals, mimes, and everything in between. He also encouraged individuality, mindfulness, and openness, which was particularly important for a team filled with young players carrying around so much pressure.

Obviously, that translates quite aptly to a young Bears team, which is expected to lean heavily on second-year quarterback Mitch Trubisky, and a number of other youngsters like Tarik Cohen, Jordan Howard, Adam Shaheen, Eddie Jackson, Leonard Floyd, Cody Whitehair, et al.

So, Nagy, our advice is to take Maddon’s advice and run with it. Stay open-minded, invite new ideas, and cultivate a locker room atmosphere that caters to the young players that will lead your team into its next competitive phase. You don’t need to be “The Cubs” right out of the gate, but there’s no reason you can’t learn from some of that magic they created on the North Side of Chicago.