A Year After Being Rejected by Top Free Agents, the Bears Are Finally in a Good Position to Attract Talent Skip to content 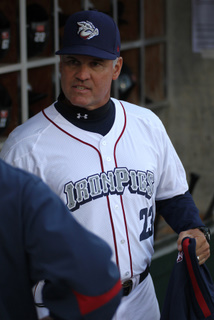 The concept of free agency might seem simple – target a player who fits, offer them more than the next guy, and add them to the top of the depth chart – but as the Chicago Bears have learned, it isn’t always so easy.

If you’ll think back to before the 2017 season, you’ll recall that the Bears were often connected to then-free-agent cornerback A.J. Bouye. The talented defensive back was coming off a career year (in a contract year) and was looking to parlay that into a big payday. As for the Bears, they were looking to upgrade a secondary that came away with just eight interceptions as part of a season in which they finished with a league-low 11 turnovers.

Bouye fit the bill as a ball-hawking cornerback, something the Bears didn’t have on their roster back in 2016. And not only did the Bears made a strong offer, Bouye confirmed to Aaron Wilson of the Houston Chronicle that Chicago offered the most money of any team that offered him a contract.

And yet, eventually, it was the Jacksonville Jaguars who signed Bouye to a five-year deal worth $67.5 million ($26 million in total guarantees) …

So what pushed Bouye away from a bigger contract and into the arms of the Jaguars? “Something told me to go with Jacksonville,” Bouye told the Houston Chronicle. “I like their talent. It was closer to home, and it’s in the division. I’m happy here.”

NFL careers are so short and contracts aren’t fully guaranteed. If a player doesn’t see the possibility of winning immediately, it can be a tough sell. And obviously, having a recent history of being very, very bad doesn’t help.

Bouye’s statements speak to the difficulty a team with a losing record can have landing the big fish in free agency. And to think, he wasn’t the only one to spurn the Bears’ advances last offseason. As we noted in Bullets on January 17, Brad Biggs of the Chicago Tribune reported that wide receivers Kenny Stills and Ted Ginn Jr. each “took significantly less money elsewhere” to not sign with the Bears.

To be fair, turning down the Bears in 2017 wasn’t difficult to comprehend. Chicago was coming off a 3-13 record, John Fox was about to hop on the hot seat, and the team had nothing but instability at quarterback. And even the biggest contract couldn’t secure a top-flight free agent.

Fortunately, the vibe surrounding the Bears is different a year later. So much so, it’s possible the team avoids a similar fate when it dives into the free agent waters in a few months.  GM Ryan Pace and Head Coach Matt Nagy are in lockstep moving in the same direction and operating on parallel tracks. Mitch Trubisky provides more certainty and upside at the quarterback position than Jay Cutler, Brian Hoyer, Matt Barkley, Mike Glennon, or virtually anyone who was available on the market last offseason. And the team retained stud Defensive Coordinator Vic Fangio.

Stability at the top with the general manager and head coach, a second-year quarterback with his best years ahead of him, and a defense that ranked in the top-10 are all selling points the Bears couldn’t make to free agents last year. Perhaps the perception surrounding the Bears that pushed free agents away will change now that the landscape is settled.

And in case you’re wondering whom they might target, remember that one early list of the top 25 free agents featured strength in multiple areas of need for the Bears.