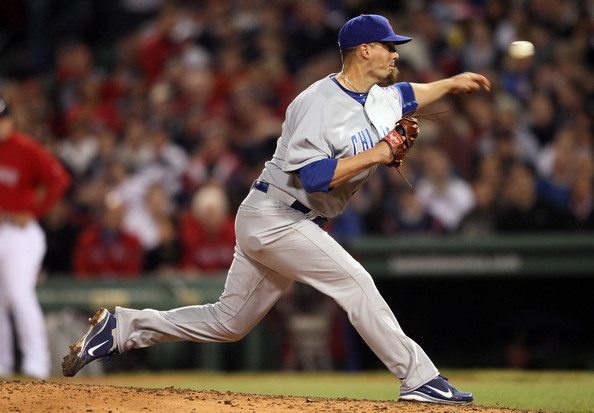 It popped up in Bullets last week, but the Kansas City Chiefs announced the retirement of Brad Childress. As it turns out, Childress’ retirement didn’t last all that long.

NFL insider Adam Caplan reports the Bears are expected to hire Childress as an offensive consultant, where he will be re-united with Matt Nagy. Perhaps the decision to cut his retirement extremely short was tied to the fact that Childress was born in Aurora, IL, went to high school there, and attended college at Eastern Illinois university. Helping out in the Bears coaching room, then, might be equal parts convenient and something he’s always wanted to do.

Of course, Childress was also a mentor to Nagy in Kansas City, so it’s not a surprise to see the long-time NFL coach follow the 39-year-old Nagy to Chicago. The title of offensive consultant seems vague, but the hiring is the latest show of commitment to the development of quarterback Mitch Trubisky. Childress joins Nagy, Offensive Coordinator Mark Helfrich, and Quarterbacks Coach Dave Ragone in being responsible for molding Trubisky into the franchise-leading signal caller GM Ryan Pace expected him to be when he was drafted second overall in 2017.

Childress spent 12 years coaching under Andy Reid in some capacity, including the last five years with the Chiefs (and Nagy!). Before his “retirement” wrapped up his run in Kansas City, Childress served as the team’s Spread Game Analyst (2013-15), Co-Offensive Coordinator (2016), and Assistant Head Coach (2017). Altogether, he has 19 years of NFL coaching experience to go along with 16 years of coaching college football at the Division I level.

In his 11 years as an offensive coordinator or head coach in the NFL, Chidlress’ offenses ranked among the top-10 in scoring three times and in the top half of the league in four other seasons.

There aren’t too many offensive coaches who are more seasoned than Childress, who is a welcome addition to an organization that could use some consulting on what productive offensive football looks like.