Matt Nagy Was the Reason Allen Robinson, Taylor Gabriel, and Trey Burton Signed with the Bears Skip to content 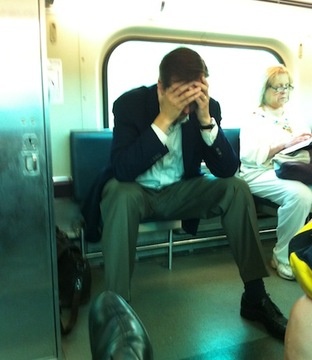 While having Mitch Trubisky (and his upside) under center gives Bears fans plenty of hope for the future, it turns out that new Head Coach Matt Nagy has actually been the biggest draw in free agency.

In what is the latest in a series by Mike Kaye of First Coast News, Allen Robinson discusses his departure from Jacksonville and explains why he signed with the Chicago Bears. Obviously, money talks, but there were additional forces pulling Robinson to Chicago. Among them, Robinson’s interest in playing for Nagy, who hasn’t even coached a game yet in Chicago.

“For me, going into the whole free agency process, Chicago was definitely a team I had my eye on, from the standpoint that they just hired Coach [Matt] Nagy,” Robinson said. “Coach Nagy was a big part of it … I’m a big fan of his system and his offense.”

Robinson liked Nagy’s offense so much, he told First Coast News he would have considered the Kansas City Chiefs in free agency if Nagy was still with the team. That says a lot about Nagy, his system, and the level of respect players have for what the Bears’ new coach has done leading up to getting his first head coaching gig.

But Robinson wasn’t alone in viewing Nagy as a deciding factor in signing with the team.

Fellow receiver Taylor Gabriel discussed how he learned about Nagy’s offense from former college teammate Charcandrick West, a Kansas City running back who played in Nagy’s offense. From there, the interest grew.

“I had a few interests in free agency, but it was just Nagy’s offense, his creativity, and the things that he did when he was with the Chiefs,” Gabriel during his introductory press conference. “Tyreek Hill, and the things that (Nagy) did with him to move him around, and get him open, it was a no-brainer for me.”

Having a worthwhile offense is one thing, but being able to communicate and sell a free agent on joining a rebuilding team that is 14-34 since the start of the 2015 season is something else. But that’s exactly what Nagy has done in his short time in Chicago.

And the list doesn’t stop there. “I remember the first conversation we had,” Burton explained during his introductory press conference. “[Nagy] had so much juice on the phone, it kind of brought me back.” Burton added he felt there were similarities between Nagy and his former head coach in Philadelphia, Doug Pederson. That kind of vibe must have made it easier to attract Burton’s interests.

While the idea of “offseason momentum” doesn’t feel like it should be a thing, the Bears seem to have a good thing going for them with Nagy. His presence was a positive one as he put together his coaching staff and continued during the most important phase of free agency. And if it keeps up, the Bears could turn themselves into a destination spot for players looking for a new home.