Cameron Meredith is Gone ... Now What? Skip to content 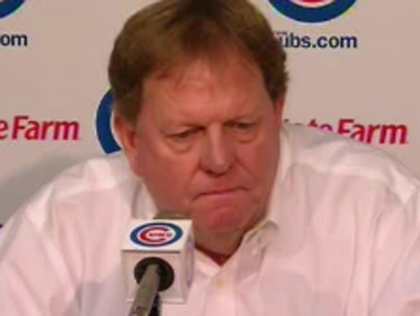 At this time last year, Cameron Meredith was viewed as the Chicago Bears’ No. 1 wide receiver, after catching 66 passes for 888 yards and four touchdowns. Meredith was a diamond in the rough who stood head and shoulders above the rest of the Bears’ receivers group. And now, he’s gone.

So – pause for dramatic effect – now what?

That’s the question Bears fans are left asking after the team declined to match the offer sheet from the Saints that was signed by Meredith as a restricted free agent. Because the Bears opted not to match the deal, Meredith is off to New Orleans where he’ll join a Super Bowl-winning head coach and future Hall of Fame quarterback in one of the NFL’s most potent offenses.

Meredith was the Bears’ most targeted receiver in 2016 and was successful playing outside the numbers, as well as in the slot. Bears quarterbacks posted a 97.8 passer rating when throwing to him in 2016, completing 68 percent of their passes in the process.

This is what the Bears could be missing out on if he returns to full health. In the end, the decision leaves the Bears searching for answers (again!) at the wide receiver position. As it stands, this is the current state of the Bears’ wide receiver depth chart:

Even if you take into considerations the free agent additions of Robinson and Gabriel, as well as that of tight end Trey Burton, the Bears are an injury or two away from finding themselves in trouble at the position again.

It’s one of those things that makes not matching the offer sheet a head-scratcher. Frankly, we were hoping the Bears would keep those to a minimum after cutting bait with three free agents who were short-term stop-gaps that represented the team’s major offseason moves.

Mike Glennon was paid more than $18 million to be a four-game placeholder for Mitch Trubisky. Markus Wheaton received a two-year deal worth up to $10 million that included $5 million guaranteed while coming off a season in which he missed 13 games because of a shoulder injury. Quntin Demps was limited to three games before being released this offseason. Dion Sims could have joined this group, but the Bears made the decision to keep him and his $6.3 million cap hit on the roster as a TE3, while paying a majority of his guaranteed base in March.

And yet, when it came to Meredith’s offer sheet, the Bears used the allotted five days to make a decision and still came away passing on the deal. Something doesn’t quite add up. Again, we ask: Now what?

As you could probably guess, the pickings are slim at this stage of free agency. The Bears added one of the top options on the market and a quality secondary piece, but the team could still use depth at the position.

Dontrelle Inman could be a possibility to return to Chicago. He looked the part of being a capable, professional receiver in his limited action with the Bears. Inman seemed to build something that resembled a connection with Mitch Trubisky after being acquired for a conditional seventh-round pick, which the Bears ended up retaining anyway. His touchdown against the 49ers was a highlight on what was otherwise a bleak day.

By signing Meredith, the Saints essentially made their decision on restricted free agent receiver Willie Snead. New Orleans placed an original-round tender on the undrafted free agent from Ball State, so he is in the exact same shoes Meredith was in before signing an offer sheet. Snead had a nice season in 2015, catching 69 passes for 984 yards, and three touchdowns. He followed that up with 72 catches, 895 yards, and four scores. Snead served a three-game suspension in 2017 for violating the NFL’s policy on substances of abuse and appeared in just seven games. He received minimal attention in the passing game, as he was limited to eight catches for 92 yards.

Jeremy Maclin had a disappointing year for the Baltimore Ravens, but his connections to Matt Nagy could put him on the Bears radar. Maclin caught 40 passes for 440 yards and three touchdowns in his 12-game stint in Baltimore. Nagy and Maclin’s careers crossed paths starting in 2009 when Maclin was the team’s first-round selection and Nagy was in his second season as a coaching intern. And when Nagy followed Reid to Kansas City, Maclin wasn’t far behind, joining the team as a free agent in 2015. Maclin at age 30 isn’t going to resemble the player he was in his prime, but could be a serviceable option in the right role.

With Meredith gone to New Orleans, receiver becomes a newfound priority for the Bears and the options on the free agent market aren’t all that inspiring. Additions could come via the draft, which is something we’ll have to dive into at another time. Other players could become available at some point this offseason, but things don’t look all that great for teams looking for receivers right now.