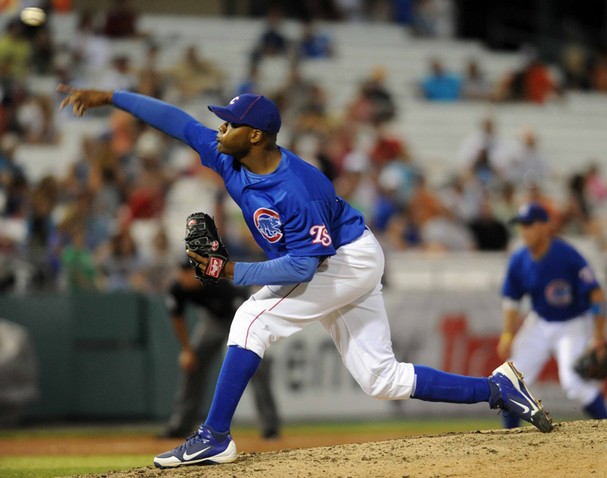 Chicago Bears Head Coach Matt Nagy took some grief for the unconventional decision to rest his team’s starters during the final two preseason games of the summer. But to be fair, it was an understandable decision at the time. After all, his players had his back, the team had extra practice reps that came with an early start to OTAs and training camp, and they even had a fifth preseason game to get ready. Throw in the fact that the Bears always seem to get bitten by the injury bug more than most organizations and I genuinely understand why the decision was made. If any team was positioned to ease off the starters late in the preseason, it was probably the Bears.

But here’s the thing: that was a choice – a strategy, even – of the Bears and specifically Matt Nagy. Right or wrong, it wasn’t forced upon them. So leaning on it as an excuse for last night’s meltdown is just not a great a look. And yet …

I had to go back and re-listen to it, but Matt Nagy definitely used lack of reps as an excuse for the team's play. That is unacceptable.

Again, I don’t have an issue with how Nagy handled things in the preseason, but this was always the risk in that call. And on the one hand, they accomplished exactly what they wanted – their players stayed healthy – but on the other, it did, according to Nagy, lead to on-field problems. So citing the lack of reps as an issue without taking full responsibility for that decision (or mentioning that pros always come with cons) just sounds a little tone deaf, right? Like, it didn’t have to be that way.

But don’t get me wrong. I’m not saying a lack of reps wasn’t an issue. In fact, it probably was – at least, a little bit. There were moments down the stretch where the defense looked exhausted. There were times when things on the offensive side of the ball were out of sync. There were even times where the team looked *gulp* unprepared for situational football. But in the end, that just can’t be used as an excuse – especially when it’s basically a self-inflicted wound.

And let’s be honest, the lack of reps weren’t a problem when the Bears jumped out to a 20-0 lead. A lack of preseason action wasn’t a concern when Mitch Trubisky completed 11 of 14 first-half pass attempts and posted a 99.1 passer rating. And it certainly didn’t look like a reduced preseason work load mattered to Khalil Mack, who had been with the team for a week and hadn’t played in a football game since the end of the the 2017 season. So it all just seems like an odd thing to bring up. Who knows. Maybe it’s just a first-time head coach learning how to best address the media after a game. Maybe it’s a bit of frustration. Maybe it’s a legitimate excuse and we wouldn’t have been happy with any explanation after the way last night played out. It’s all just a little to fresh to examine.

In any case, nothing can change what happened last night. The Bears missed out on a golden opportunity to win a game of which they had full command, and they won’t get that chance back. The best they can do is learn from their mistakes, and remember to take advantage of those chances in the future.