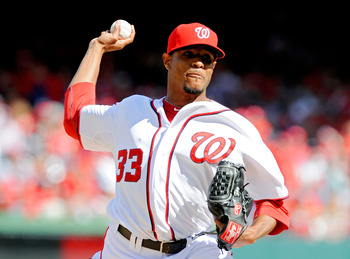 For a moment there, it looked as if Mitch Trubisky uncorked a long touchdown pass to Taylor Gabriel …

… but upon further review, Gabriel needed 41 yards to make it Mitch Trubisky’s 25th touchdown pass of the year. Instead, it was Jordan Howard vulturing a goal line score:

Howard’s second score gave the Bears a 13-0 lead. It would have been more if Cody Parkey had not missed his third extra point of the year. (I know, I know.) In the end, we’re still looking at Howard’s first two-score game since Week 9 against the Buffalo Bills. Talk about a long time coming for No. 24!

If Howard can get one more score, he’ll set a new career high with 10. Here’s hoping he gets it, if only because I’m curious to see how quiet that stadium.