Eddie Jackson Was Just Voted the NFL's 30th Best Player ... And He Should Be Even Higher Skip to content 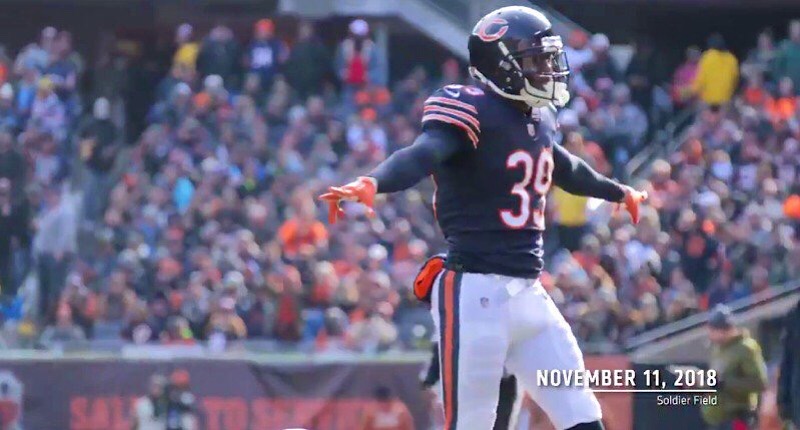 BOOM! Eddie Jackson has taken his rightful place alongside teammates Kyle Fuller and Akiem Hicks on the NFL’s list of 100 best players.

Jackson put together a dream season and emerged as a prime-time playmaker in the NFL’s best defense. Last year, Jackson came away with six interceptions (including two pick-sixes), two forced fumbles (one which was recovered for a touchdown), and his first ever sack in the NFL. No wonder he was named to the Pro Bowl, earned first-team All-Pro honors, and was Pro Football’s Focus’ highest-graded safety in 2018 (and best single-season grade for a safety … ever).

And yet, checked in at No. 30 … that’s it? Seems a little low for the best safety in football.

Two years into his pro career, Jackson has come away with 12 turnovers and scored five touchdowns in 30 games. Jackson has been a Day 1 starter since being taken in the fourth round of the 2017 NFL Draft and is a year away from bringing in a highly-lucrative extension that could surpass a deal recently signed by Tennessee’s Kevin Byard that made him football’s highest paid safety.

In the meantime, Jackson is staying on the grind with his eyes on bigger prizes than being football’s best safety or a top-100 player. Jackson has been vocal in leading the charge to let anyone willing to listen know that he and the Bears have one thing on their mind — winning a Super Bowl.