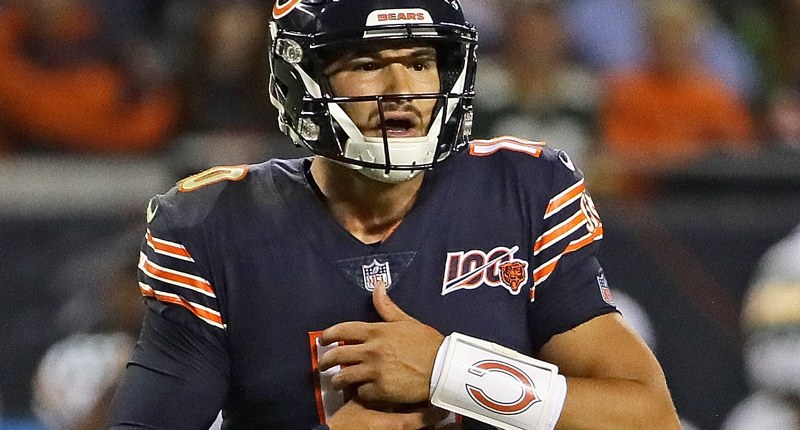 A food-related update: I was eventually able to frost my cake and share it with others. The early reviews are in … and overwhelmingly positive. I’m a happy camper.

Re: Trubisky – He wasn't as good as stats indicated last year. But not brutal. Last night was bad, but not career-defining. He's very talented, yet his lack of college experience is evident often when he's pressured. Didn't have to do that much at UNC. When he did, he struggled.

Nagy: "You can't panic. There's too much season left and I refuse to do that."

Chicago, you brought your A game last night, & we will too this season. 🐻⬇️ pic.twitter.com/q0tBKKoWIM

LaFleur praised not only Bears D, but also Soldier Field "hostile" crowd. Says he could tell intensity during national anthem, but no excuse: "Even if you're going against a good defense like that, our standards as an offense don't change. I think we all have higher standards."

On @670TheScore, Eddie Jackson expressed his disappointment to hear boos inside Soldier Field: "The booing is unacceptable."

The @PFF_College record-holder for most missed tackles forced in a season.

Adrian Amos on his late INT coming against his former team: “I won’t lie to you. It feel good.” pic.twitter.com/JIVf52QIsv

The one Mitch play I was happy about: He hit that intermediate crossing route throw to Gabriel! The one he always misses!

It was incomplete because Gabriel is tiny, and he had a dozen horrendous plays today. But he hit that one!

This is by far the funniest coach in college football history.

Do you want Antonio Brown on the Bears?

Please help me and my teammates give back to Coach and his family for the lasting impact he made on all of our lives. Thank you! pic.twitter.com/FvsOUqxYXs