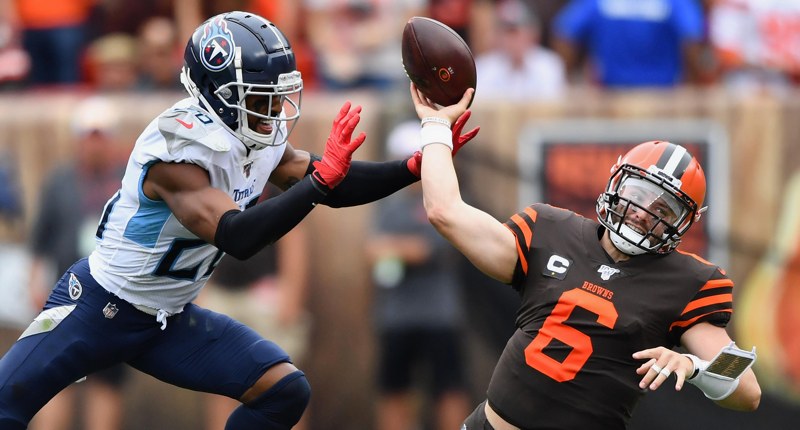 Nothing like having a third-place fantasy baseball team lose in the playoff quarterfinals because the tiebreaker is a regular season head-to-head matchup that happened in May when my team looked far different than it does now. Sigh. I don’t even know why I try.

Whatever. Any weenie team that ties should be in last place. pic.twitter.com/MayhKeFhMs

FINAL: The Lions Lions’d, the Cardinals Cardinals’d, everyone’s unhappy and it’s all okay because one day the Earth will get swallowed by the sun and nothing will ever exist ever again

Got to give Kyler Murray tons of love for this pic.twitter.com/p4KOkUV7kx

When you see other teams score touchdowns on their first possession pic.twitter.com/M7LZzbveDc

After the Titans beat the Browns 43-13, Delanie Walker channeled his inner-Dennis Green.

For those keeping track at home, Colts now have lost 6 straight openers. Tied with Bears for NFL's longest active streak.

The Vikings ran 49 offensive snaps today. Only 10 resulted in a pass attempt.

Lamar Jackson stunned the football world by throwing for 5 TDs and 324 yards in the season opener. Revisit this piece from @danpompei on how Jackson became the @ravens' starting QB 👉 https://t.co/hfTqDbsann pic.twitter.com/h6hefWszzk

"False start. Offense. All the linemen except for the center."

The Steelers O-line got a bit antsy 😅#PITvsNE (via @thecheckdown)pic.twitter.com/ff41BP1g1V

Per source, no surgery for Tyreek Hill but he will miss a couple of weeks.

Tomas Satoransky Has Turned Into *THE* Player to Watch at the FIBA World Cuphttps://t.co/hOynqeOJGz