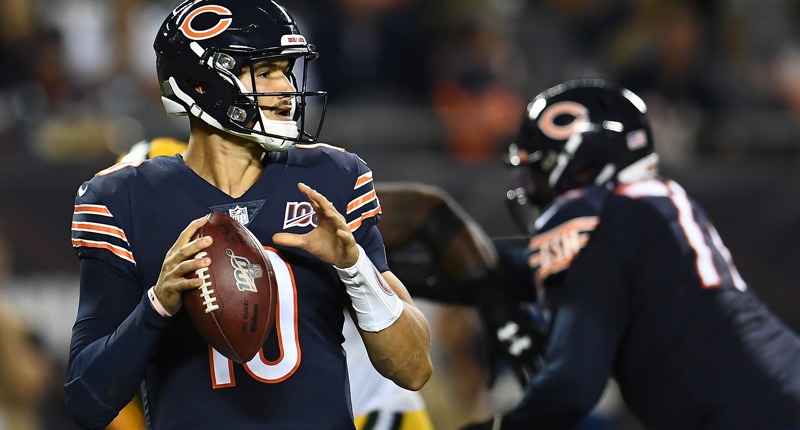 There is something about a good Nashville Hot Chicken sandwich that hits your stomach (well, my stomach) right in the sweet spot. And if I don’t have to travel all the way to Nashville to get it, I’m all for it. My friend Jim (whose chili recipe is an all-time favorite in my household) cooked up another hit with a Nashville Hot Chicken sandwich recipe. This one looks like a winner. Now, to set up the Air Fryer I purchased in July to make it happen.

And in case you’re curious, the Bears are slated to play the Titans in Nashville next year. So get your bellies ready for a good time.

"Just fast operation. Getting in and out of the huddle. Everyone on the same page." – #Bears QB Mitch Trubisky on what he wants the offense to do better this week.

I assumed this was Walter Payton, but turns out someone put Bo Jackson in a No. 34 Bears jersey. That ain’t right. https://t.co/P3FJtlvzXQ

The top spot goes to… (by @Energizer) pic.twitter.com/KdsWkHgYh4

According to TickPick, a secondary ticket marketplace, #Broncos v. #Bears is the most expensive #NFL ticket of Week 2. The avg. purchase price is $391. #Packers–#Vikings second at #311. #Denver7 pic.twitter.com/uG2Q3WnDxE

Reporter: "How good is Khalil Mack?"

Joe Flacco: “I’m just going to stand up here and state the obvious or what?"

Jets coach Adam Gase says QB Sam Darnold will be out for Monday Night Football against the Browns with mono. pic.twitter.com/bSr15DuLPx

Being a Jets fan sounds like the most exhausting experience known to man. And I root for Mitchell Trubisky every week.