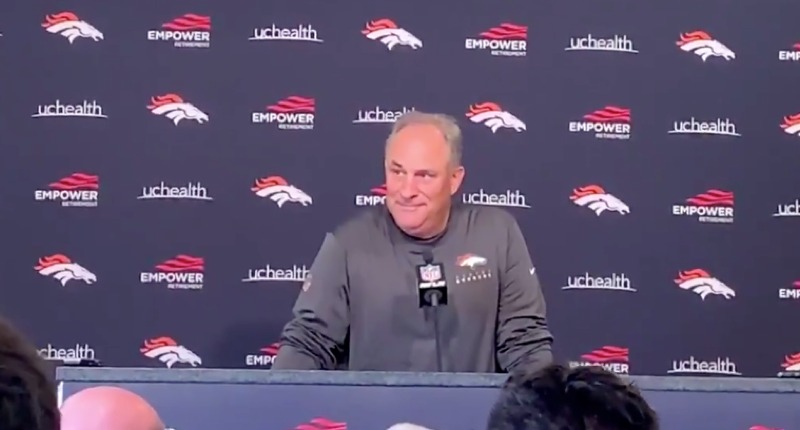 When the Chicago Bears traded for star pass-rusher Khalil Mack, Vic Fangio — the Bears’ defensive coordinator at the time — had a reaction I imagine was similar to that of yours or mine.

Despite Matt Nagy saying Vic Fangio was somewhat of an “introvert” at time, The @broncos HC offered a colorful answer when asked about the acquisition of Khalil Mack right before the start of the 2018 season. #BroncosCountry @KOAColorado pic.twitter.com/StHuJaIDsy

“Holy shit” is right. Never have two words been more relatable than when Fangio spoke them as he explained the story behind the acquisition of Mack from his perspective.

What makes Fangio’s story that much more fun is that he admitted to not knowing much about Mack to begin with. And I know you’re probably thinking how is it even possible for one of the game’s top defensive minds to not have a full grasp of what a two-time first-team All-Pro and three-time Pro Bowler brought to the table. But in Fangio’s defense, the 49ers weren’t in a position to grab Mack when he was draft eligible. And with San Francisco being in the NFC, those two teams didn’t cross paths often enough for Fangio to come up with a full scouting report. But when Fangio finally got his hands on Mack, well, you can understand why “holy shit” were the words that came out of his mouth.

The addition of Mack helped push what was a top-10 scoring and yardage defense in 2017 into the NFL’s top defensive unit in 2018. With Mack and the boys running wild against and wrecking havoc on opposing offenses throughout the year, Fangio’s profile as a possible head-coaching candidate grew as the year progressed. And by the time the playoffs rolled around, Fangio was a full-blown hot commodity on the coaching free agent circuit and was ultimately hired by the Broncos.

On Sunday, Fangio will have the challenge of coaching against Mack while on the other side of the field — which has often left opposing coaches muttering obscenities after seeing what he does to opposing quarterbacks.