Wait, What: Concerns About Trubisky’s Confidence Are Alive in Halas Hall? Skip to content 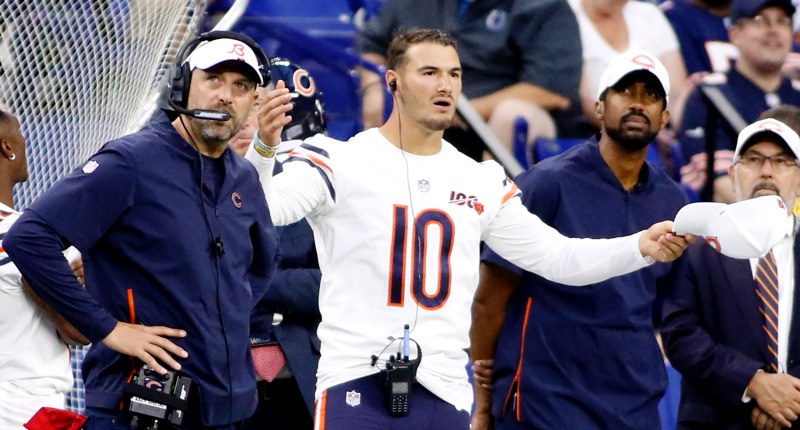 The calls concerned about Mitch Trubisky’s psyche after a rough Week 1 loss and ability to bounce back are coming from inside the house.

Dan Wiederer of the Chicago Tribune has the scoops via the tweets:

The current worry about Trubisky’s headspace has created angst about what might happen if others begin to lose confidence in him.

In many ways, the way the Bears lost last week was a worst-case scenario. Followed by an extra long layoff. A win in Denver is now close to a must.

Wiederer tweets that there are concerned parties within Halas Hall unsure of Trubisky’s “ability to steady a rocking boat.” Further, there is an uneasy feeling about where Trubisky’s confidence stands and what would happen if those around him lost their confidence in him.

Wiederer also points out the gut-punch of a loss and a lengthy layoff that followed is a worst-case scenario for a team with a player who could be inside his own head a bit. And in the end, all this Trubisky-related angst has made Week 2 a virtual must-win, which is totally unheard of in football talking circles.

An all-world defense and capable offensive skill-position players taking a backseat because concerns about the quarterback linger. Now where have Bears fans heard that story before? I can’t blame you if a sense of déjà vu just hit you.

I suppose Wiederer leaves open the caveat that a win in Denver could go a long way toward boosting the team’s morale, which I guess would lift Trubisky’s spirits. But if an 0-2 start can derail Trubisky to the point that it will all spiral from there probably means there are bigger problems on the horizon. Because at that point, there would be 14 games left to keep afloat a season that started with genuine Super Bowl aspirations. It is absurd we’re even having this conversation, but we’re here and I’m not feeling great about it.

This now feels like a dangerous time in the Trubisky development cycle. Between NFL coaches, scouts, and executives believing Trubisky was primed for a breakout year and Trubisky’s own obsession to be better, an 0-2 start would be kin to what Hans Moleman felt when he was hit in the groin with a football.