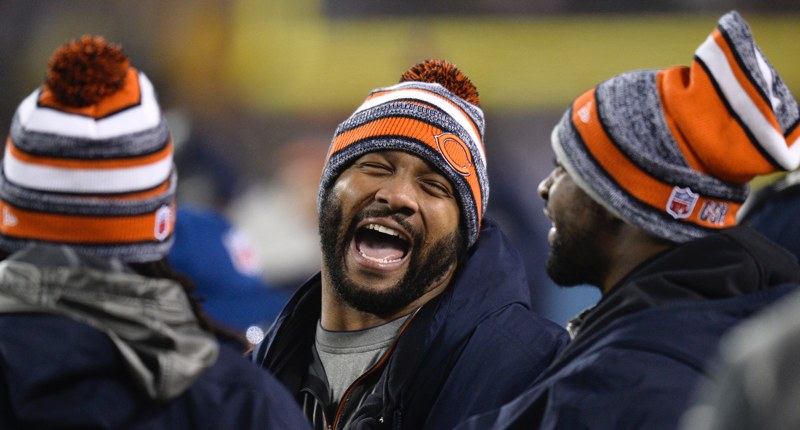 After suspending rules that limit class size, the Pro Football Hall of Fame’s class of 2020 stands to be the largest in its history. It is only fitting that this is the case as the league celebrates its centennial season with a robust class. What remains to be seen is if a pair of long-time Chicago Bears standouts make cut.

Linebacker Lance Briggs and center Olin Kreutz headline Bears representatives who were part of the 122 Modern Era candidates for Hall of Fame induction. Other candidates with notable Bears ties include quarterback Dave Krieg, running back Thomas Jones, linebacker Wilber Marshall, and wide receiver Muhsin Muhammad. But make no mistake about it, Briggs and Kreutz are the most likely candidates to get serious consideration from the selection committee — so let us take a moment to talk about them.

Unlike most positions where your stats make your Hall of Fame case, what Kreutz did for others essentially does the talking for him. Kreutz was a pillar of some of the best offensive lines in Bears history and one of the best centers of his era. He was a leader in the locker room and an anchor for what was one of football’s premier ground attacks. Kreutz made six consecutive Pro Bowls from 2001 through 2006, with his best season coming in 2006 when he earned first-team All-Pro honors.

Do not allow the fact that Briggs played alongside Brian Urlacher for a decade distract from the excellent career he put together. Because when Urlacher wasn’t making plays, it was Briggs coming through with stuffs, stops, and tackles. Briggs played the Derrick Brooks role in Love Smith’s Tampa-2 defensive scheme, doing everything from tackling, dropping into coverage, and rushing the quarterback. Briggs finished his career with 936 tackles, 16 interceptions, 16 forced fumbles, and six defensive touchdowns. Perhaps Brooks making the Hall of Fame helps Briggs’ case in his first year of eligibility.

This will certainly be a tough class to crack. The star-studded list of candidates includes legends at every position. Safety Troy Polamalu and receiver Isaac Bruce stand out, as do fan favorites such as Randall Cunningham, Donovan McNabb, Mike Alstott, Chad “Ochocinco” Johnson, and so many others. But it is possible that an expanded class could help the Bears add to their record total of 28 Hall of Famers inducted into immortality in Canton, Ohio.