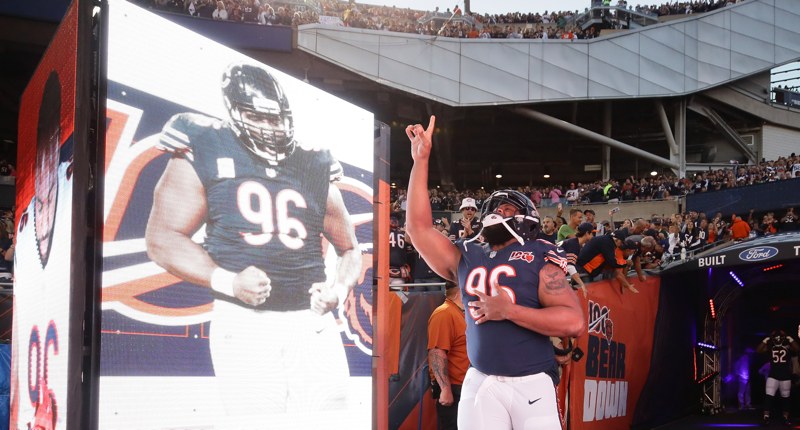 Today is a good day to have a multiple-television set-up, but I have plans with friends around town. So this is where I will encourage you to take a step outside and enjoy the weather before Mother Nature eventually turns on us.

If you’re feeling down or have given up on Mitchell Trubisky please watch this video.

You want sunshine and blue skies? I'm your guy. https://t.co/3BFKgvLSKO

He declined to address it, other than saying: "I know my dog is gonna ball anyway, regardless. D.C. (Derek Carr), my brother.”

Tim Tebow's emotional defense of the NCAA on Friday's First Take rubbed a lot of people, including some of his coworkers, the wrong wayhttps://t.co/v2PJtQQTqj

Why spend an unprecedented $5 billion to build an NFL stadium? To make football work in Los Angeles. https://t.co/FXAh1Cyi6l