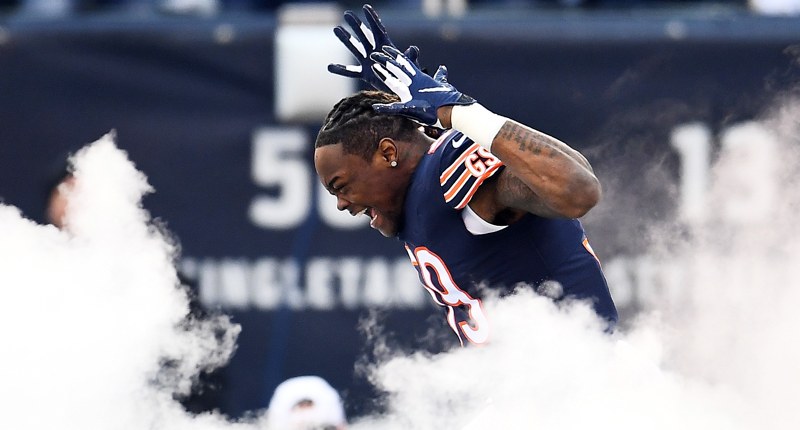 I crammed my eyeballs with college football yesterday, so now I’m really ready for the NFL guys to have some fun.

Me for the Bears opener: I AM SO F**KING JACKED UP!

Me, just one game later: I AM SO F**KING NERVOUS.

Vic Fangio on Danny Trevathan: “He’s a fiery guys, plays hard, plays tough. Versatile linebacker in that he’s good versus the run and the pass. And Danny really likes to play football, which is contagious to everybody.”

Our friends at @obvious_shirts have 17% off EVERYTHING right now (plus free shipping). Just use the code 17RUNS: https://t.co/yEzSP5RyNp pic.twitter.com/CeTXEcJ9Ew

Anybody who says Broncos color scheme is nothing like the Bears … #9sports pic.twitter.com/rQNxycpIO6