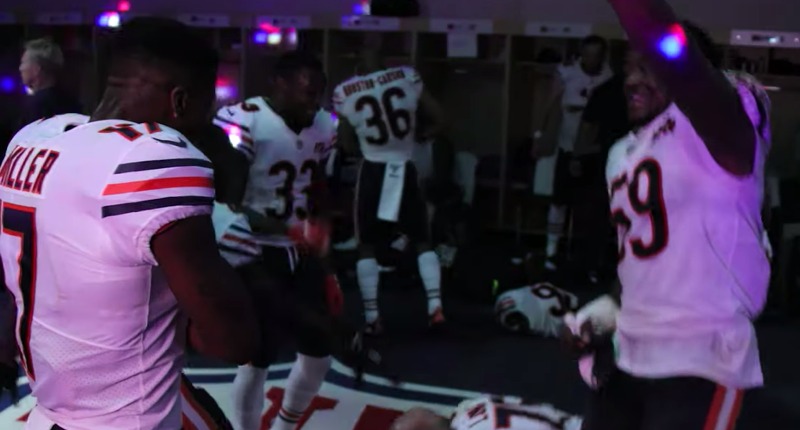 One of my favorite things about living in this era is when your online friends become real-life friends. I had a great weekend, which was capped off by a trip to Club Dub.

Eddy Piñeiro gets the A1 above-the-fold treatment in Monday’s @chicagotribune. #Bears pic.twitter.com/Qu7gCkQd2s

The Broncos yesterday became the first team to convert a 2-point attempt down 1 in the 4th quarter and still lose since the NFL adopted the 2-point conversion in 1994, according to @EliasSports. pic.twitter.com/baGSl22cFq

Before Mitch Trubisky’s 25-yarder to Allen Robinson, I thought his best pass was his first to Tarik Cohen. He slowed down but didn’t have to stop running. Pass was dropped into his numbers. Great play by Justin Simmons to rip at Cohen’s right hand. pic.twitter.com/YtqKYNj5d0

Good advice- don’t be too quick to speak in absolutes about young players. Sometimes they just need a little time. Case in point— the current leader in receiving yards? John Ross.

A bettor wagered $130,000 yesterday at @PointsBetUSA on the Bears to cover the 2.5 point spread against the Broncos.

A crazy end of the game resulted in a brutal loss by the hook. pic.twitter.com/W26Bh2Y1tv